The Avengers Endgame was one of the anticipated and awaited one for all the Marvel fans. It was one of the films where you get mixed happy-sad feelings. Although we emerged victorious over Thanos, the loss of our favourite superheroes like Iron Man, Black Widow and Captain America was heartbreaking. In the film, Scarlett Johansson who plays Black Widow or Natasha Romanoff makes the sacrifice and falls to her death. Her death disappointed a lot of fans as many felt her character wasn’t given the due justice.

Well, a video is going viral over the internet in which we get to see an alternate ending to Natasha Romanoff aka Black Widow. In the video, Black Widow’s death is more of a suicide than sacrifice as there is no emotional connect between the two characters, The Black Widow and Hawkeye. The filmmakers decided that fans needed to get a strong feeling of their equation and hence, they had to reshoot the scene again where the duo has a heart-to-heart conversation. The part that was shot again made it to the film.

Take a look at the video and comment which end would you prefer in the film. 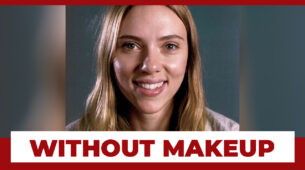