Here are some actresses from Raveena Tandon to Kareena Kapoor who gave hot poses in a rain dance. 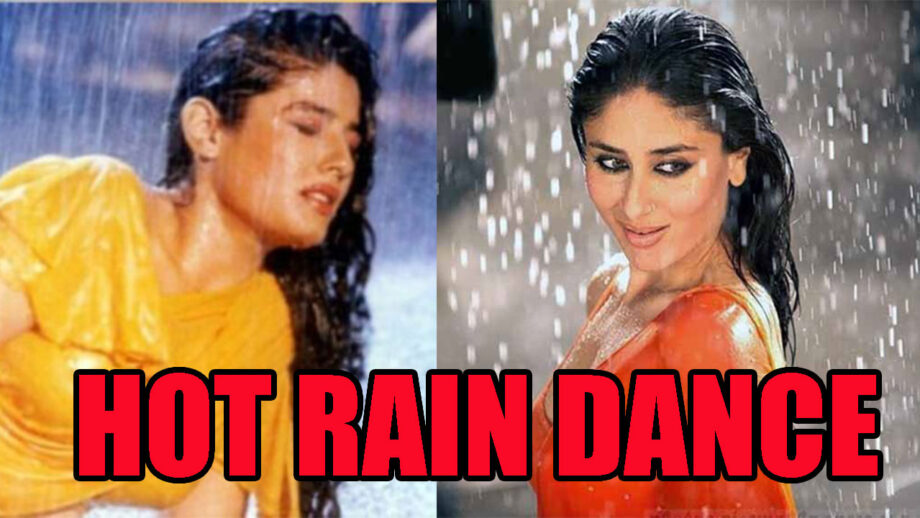 Raveena Tandon is a fantastic actress in Bollywood. She is recognized for her astonishing dance moves and has appeared in several films. The actress is the queen of the 90s, and she is a real inspiration to millions of people for her great personality. The actress is known for fabulous rain dance on the song Tip Tip Barsa Pani, and still, people are in immense love with that song. It is just an amazing song, and she was looking damn hot and sexy and raised the hotness meter high with her sexy looks. Kareena Kapoor was seen dancing to a beautiful song Bhaage Re Mann from the movie Chameli in 2003 and was looking fantastic in that song, and her sexy toned body just makes us fall in love with her over and again. Shraddha Kapoor just grabbed our attention for her rain dance song Cham Cham from her film Baaghi. She was just drooling in that song, and we just love her dance moves and sexy looks.

Check out some rain dance songs of Bollywood actresses and stay tuned to IWMBuzz.com.