The trailer of Sonam Kapoor and Dulquer Dulquer Salmaan starrer The Zoya Factor has released and it really has us all excited for various reasons. 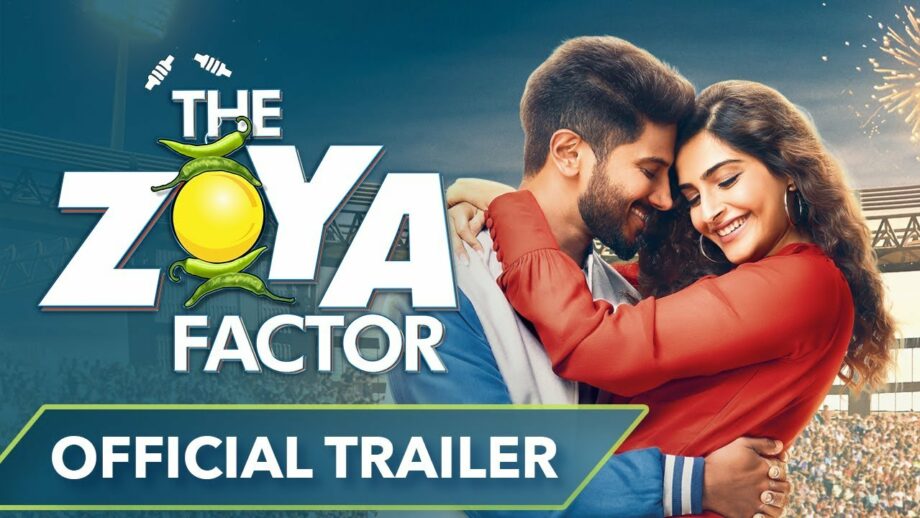 The Zoya Factor stars Sonam Kapoor playing Zoya Singh Solanki opposite the upcoming talent Dulquer Salmaan who plays the captain of the Indian cricket team. The trailer of this movie has released a few days ago and has already crossed over 18 million views on youtube. The trailer looks amazing and has us really excited for the movie.

The 02:47 minutes long trailer tells us a lot about the content of the movie. On watching the trailer of the movie we can really be excited about what to expect in the whole movie. The trailer itself shows a lot of twists and turns happening in Zoya’s personal and love life. Due to the involvement of cricket in this movie ‘The Zoya Factor’ already has many cricket lovers excited.
The trailer tells us that Zoya in this movie is considered to be the lucky charm of the Indian Cricket Team as India won the first world cup in 1983 on the same day Zoya was born that day is 25th June 1983. But when it comes to her love life and work-life she is the most unlucky person and she also hates Cricket, who further falls in love with the Indian Cricket Team Captain Nikhil Khoda.

We see the change happening in Zoya’s life from the 1:25 minute in the trailer and how she becomes famous. The co-incidences happening in the game of cricket and she made the goddess of luck by the people. The ups and down’s in her love life and how her changes with time.

The trailer surely is just a glimpse of a lot more that is to come in the movie. And the excitement level of everyone has surely increased after watching the trailer.