Virat Kohli VS Priyanka Chopra - Who do you think is richer? 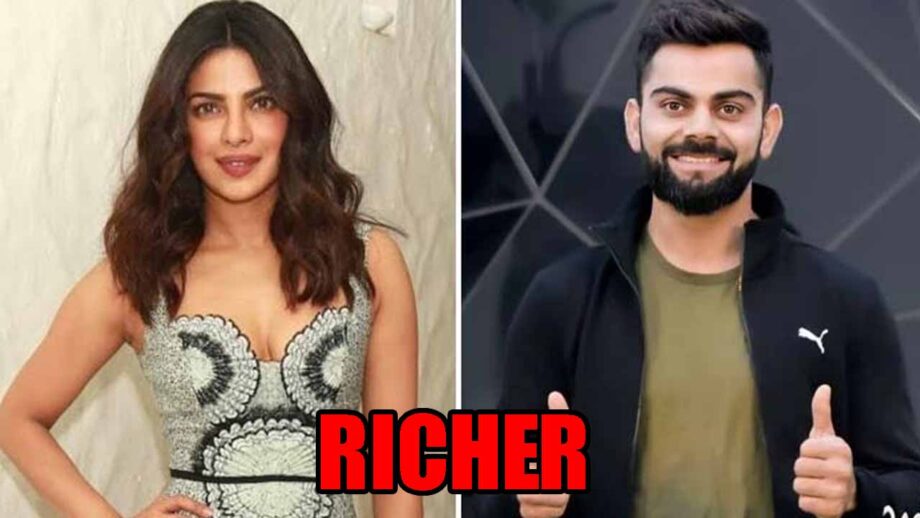 Virat Kohli and Priyanka Chopra are the popular stars in the industry. While one is known for his phenomenal performance on the cricket ground, the other is a superstar in the film industry.

Priyanka Chopra, who is now a global star, juggling her acting commitments between India and the United States, occupies the 19th spot on the Instagram Rich List 2019. The actress has 43 million followers and earns a sum of $271,000 or Rs 1.86 crore through every paid promotional post on her Instagram account. Priyanka has paid partnerships with various skincare, stationery, and other such brands. Google Pixel, Obagi Medical, Pilot Pen USA are some of the brands for which she has partnered for paid promotions.

The actress is closely followed by Indian cricket icon Virat Kohli, who occupies the 23rd spot on the list. Virat Kohli charges a sum of $196,000 or Rs 1.35 crore for doing every promotional post on the platform. Virat, on the other hand, has paid partnership with a popular sports brand, Puma India.

Who do you think is richer? Comment below and let us know