Over the years we have come across some of the most phenomenal movies that the Indian movie industry has to offer. These movies often are turned into remakes too. Sometimes the remake does better and at times the origin rocks. We’re here to find out the answer to this quest. Arjun Reddy is a famous south Indian movie. The lead actor of the movie is Vijay Deverekonda who plays the role of Arjun Reddy. The story basically revolves around the life of a surgeon who has an alcohol problem and has a hot temper which results into problems in his love life after finding out his lover is getting married to someone else. The role is played so well by Vijay that it looks almost real.

Kabir Singh is a hiding movie made in Bollywood which was out in 2019. It is a Hindi remake of the 2017 film Arjun Reddy. Here the lead role of Kabir, then Arjun in The south Indian original is played by none other than Shahid Kapoor. The star played his roles very well alongside the lovely Kiara Advani. The star fulfilled all the expectations through his role to imitate Arjun Reddy. However this remake was loved more as the entire nation watched it without language barriers as it was in Hindi.

We think the original as well as the remake were equally good and deserving of the title and cannot seem to choose one between them and that’s exactly why we’re asking you to let us know below who you think should win this battle. 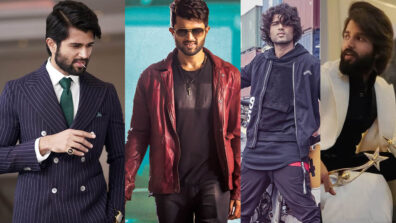 Did you know? Kiara Advani Is A Step Great-granddaughter of Late Ashok Kumar Selena Gomez vs Taylor Swift: Who Rules The Style Quotient?