Many celebrities are hated for some or other reasons. Miley Cyrus is one of them. Check out the reasons why is she so hated. Miley Ray Cyrus, an American singer, songwriter, actress, and also a philanthropist. There are many controversies about her private life that grabbed the attention of the public. She did a lot of charity work like helping the victims of California Fires, and funding organizations like Red Cross, Amnesty International, City of Hope, Libby Ross Foundation and many more. She took many good initiatives. She was seen in the famous TV show by Disney Channel named, Hannah Montana.

But there are some reasons why Miley is hated by the majority of the people. One of them is that she became a hyper-sexualized personality on stage after the release of her album, Bangerz in 2013. She used to sexualize her body to sell her albums as it boosts up the market.

The other reason is obviously nepotism. No one likes nepotism after all. There are many singers and actors who work hard with no famous last name to achieve fame. Miley’s father, Billy Ray Cyrus, is a singer and songwriter as well. Many people believe that neither is a good actor nor a good singer.

Well, people also think that she is kind of weird some times but at the end of the day at least she does good deeds by doing charitable work.
Tell us what do you feel about Miley Cyrus and your opinion about her. 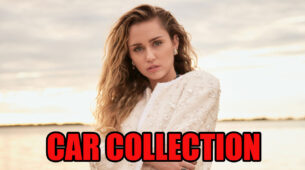