These of Rihanna's songs are perfect for every romance filled mood Rihanna has some of the most badass romantic songs that could be entirely dedicated to one’s beau.

One of the most successful modern pop stars in the music world is Rihanna. As a kid, she was bullied for her color. Today, she has the most significant fan base in the music industry. She is the best artist of all time, with some of the best music tracks to listen to.

Rihanna has sung several romantic songs as well as party numbers. Here are some of the top tracks that can be used to dedicate to your lover.

We Found Love
This song is heaven. The music will give you literal chills. Rihanna, with DJ Calvin Harris, left the audience mesmerized with this number.

Love The Way You Lie
Another top number with Eminem. Rihanna also won many awards and nominations for the song. High tempo music and a depiction of love and hate relationship, this song is gold.

Hate That I Love You
One of the best songs by Rihanna. This song received immense love from the masses. It showed the power of love and was influenced by folk music.

This Is What You Came For
Irresistible and a song made of pure bliss. This is one of Rihanna’s addictive tracks. Make your beau blush with this one.

Love The Way You LieRihannaSongs For Every LOVERWe Found Love 5 Hairstyles To Steal From Rihanna 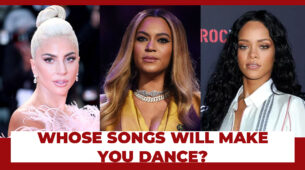 Lady Gaga vs Beyoncé vs Rihanna: Whose Songs Will Make You Dance?