The commonality between EXO and GOT7 is discussed here. EXO the South Korean – Chinese boy band is made of nine members. The group concentrates on music that adds value to genres pop, hip-hop, and also the usage of electronic music genres like house, trap, synth-pop etc.

GOT7 the South Korean boy band with seven members uses its own nuances in singing. The group was the first to bring about martial arts tricking and street dancing in their styles.

Now whats common between EXO and GOT7?

Well, it has to be their youthfulness in their music styles. Also, the innovation and thought to bring in newer things into their genre of music is another common factor.

Their huge popularity is another common factor between the two renowned groups. The achievements that they have amassed with their works are again something very similar.

Do you agree with us?

Also read, Is EXO a better band that BTS? 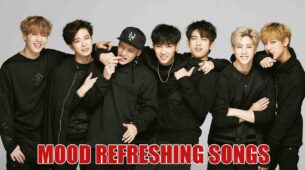 Everything You Should Know About South Korean Boy Band GOT7 GOT7: Here’s Our Quarantine Soundtrack Playlist