Ziva Dhoni has always been cute and sweet like honey. Check out some fun moments with the Indian team! 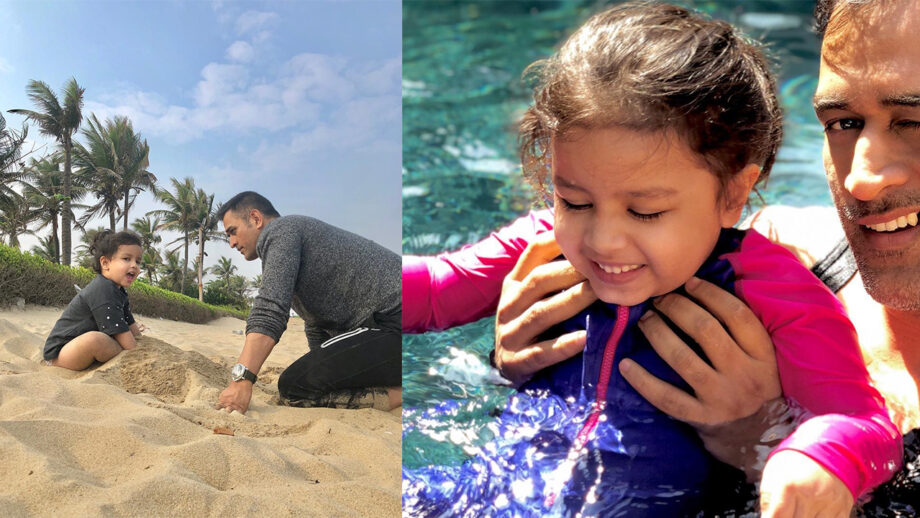 Ziva Dhoni, the ex-captain of the Indian Cricket Team, MS Dhoni’s daughter has been seen cheering her father during the matches. She has been caught with many adorable moments in front of the camera. She is just 5-years-old. Ziva has been a motivation for the former captain. She has been one of the attractions for the public for her cuteness. Ziva has been her father’s favourite and has been spotted playing with her father.

Dhoni has pampered her daughter a lot. He has been seen having a great daughter and father time together. Ziva has been closely attached to her father. She is one of the most-talked star kids. During the ICC World Cup 2019, she was seen cheering her dad and the Indian Cricket Team from the gallery. She waved the Indian flag high to cheer the spirits of the Indian players, in the India vs Pakistan match. She has been the cutest cheerleader ever.

Here are some pictures of her super adorable moments with the Indian squad.