Rohit and Warner are one of the best openers that the cricketing world has seen. So who between the both is better? Warner, the global Australian cricketer and the captain of the IPL team, Sunrisers Hyderabad is a very talented opening batsman. He is the most dynamic left-handed batsman who probably has no weakness and can go after any bowlers with his techniques. He has played 84 test matches, 128 ODI matches, and 81 T20Is. He has scored 7244 test runs with an average of 48.9, 5455 runs in ODIs at an average of 45.5, and 2265 runs in T20s at an average of 31.4.

He gives a solid start to his team by going after the opponent’s best bowlers and breaking their morale. He figures out how to score a high number of sixes and fours toward the start, which lifts the run rate from the beginning itself which is very crucial in T20s.
However, Rohit Sharma has been a better opener when it comes to starting the innings well. Rohit has scored 2141 runs in the test which are less than Warner but is better in ODIs and T20s. He has scored 9115 runs in ODI cricket at an average of 49.3 and 2773 T20 runs at an average of 32.6. So when it comes to limited-overs, Rohit is a better option than Warner. He is so skilled that when the bowler decides to bowl bouncers after going for runs, he sends the ball flying into the stands as he is popularly known for hitting short balls well.

India Vs Australia 4th Test At Brisbane Day 4 Live Update: India 4/0 after bowling out Australia for 294 in 2nd innings 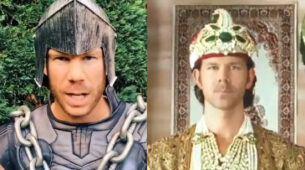 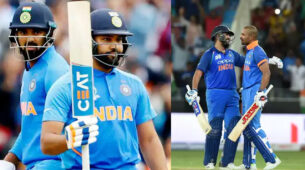 Rohit Sharma With Shikhar Dhawan Or K.L. Rahul: Which Is The Best Opening Pair?