Who is the cutest cricket supporter? Gracia or Samaira? Check it out! There are so many die-heart cricket fans in India. Their love for cricket has been seen in the stadiums when they assemble to cheer them up.

Gracia Raina, the daughter of the famous Indian Cricketer, Suresh Raina is also a great cricket fan. The kid has been her father’s strength and motivation for playing better every day. Gracia has been seen in the stadium galleries, watching the matches and cheering her father and other players of the team-up. Not only during the international matches but also the domestic matches, she has cheered everyone up. One can never find another adorable cricket supporter, other than Gracia.

On the other hand, Samaira Sharma, the fifteen months old daughter of Rohit Sharma is a cricket fan too. Even after being so young, she has gained the love for the game. The little kid has been seen a lot of times playing with her father. She has been seen in the fields cheering Rohit up. She has been one of the motivations and strengths of the cricketer. Samaira was seen on the field during an IPL match supporting her father’s team, Mumbai Indians (MI).

It’s very difficult to choose between them. Both of them are equally cute. Who among the two cuties do you think is more adorable?
Let us know in the comment section down below. Stay tuned for more updates! 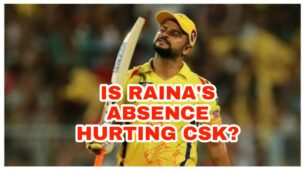