Check out the brotherly bond between Hardik Pandya and Kieron Pollard, which is seen during the IPL matches and is adored by many fans! The world has witnessed many bonds being built up at the international pitches. Many great partnerships have been also turned into some great brotherly bonds too. Friendship among the players of the same national teams is quite common. But some bonds have also been built up between the players of two different national teams too. Hardik Pandya and Kieron Pollard are the two players who have been seen bonding on the fields too, especially during the Indian Premier League (IPL).

Also read: Hardik Pandya vs Kieron Pollard: Who is Your Favourite IPL Batsman?

Hardik Pandya is the Indian all-rounder cricketer, and Kieron Pollard is the Caribbean all-rounder cricketer of the West Indies national cricket team. The players vibe so much on the field. Both have been seen playing in the middle-order. Hardik Pandya and Kieron Pollard have been seen playing for the Mumbai Indians (MI) in the IPL. As partners, they have done wonders on the field with their batting partnerships. The two players are the backbones of MI. Their partnerships turned into a brotherly bond gradually. Hardik has also been seen spending time, partying, and hanging out with Pollard and his family.

The brotherly bond between them is so adorable. They have also been caught dancing and enjoying the joyful moments on the field several times. Fans really admire them and their bond. Their powerful bond adds a plus point on the field while batting together. They understand each other and their strategies. The fans would love to see them enriching their existing bond again on the field soon. 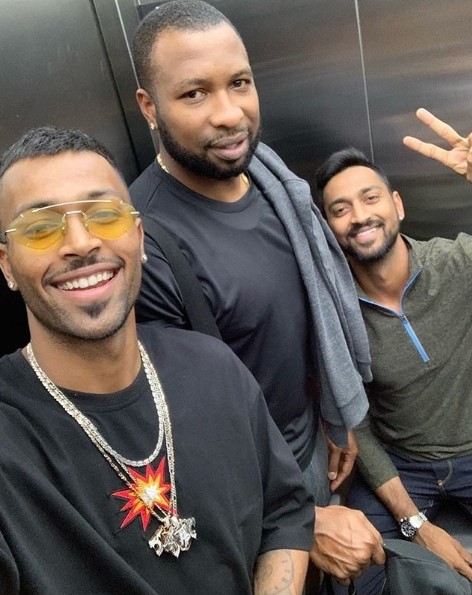