There have been times when Messi changed the entire game with a single goal. Check those moments out! Lionel Messi is also known as G.O.A.T (Greatest Of All Time). His amazing football skills, especially, dribbling, which is the hardest skill to adapt, can make you a shock. He is the master of the game when he gets done in the field. No one can beat him in this.

He is outstanding with his performance and his strategies are super strong to break his opponents down. Messi has scored 989 goals from the 856 matches he played. He is enough to take his team forward, all alone. He can easily shield the defenders with his amazing skills of tackling the ball with his leg and brain. He has changed the entire game with his performances.

1.     In the match between Barcelona and Real Betis, the two goals by the legend changed the entire scene and made his team win.

2.     No football fan can forget the 3-2 win over Real Madrid where he scored a goal at the last moment and opened his shirt in order to celebrate the victory, in the Santiago Bernabeu Stadium.

3.     The match when Costa Rica (Copa America) vs Uruguay in 2011, Messi made a marvellous goal that was highly remarkable. It flipped the whole game.

Tell us, which is your favourite goal by Messi. Let us know in the comments. 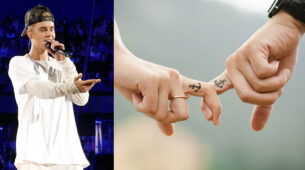 GYM Goals You Should Add to Your Bucket List