Vikas Bhalla is happy with the positive response his character Ranvijas has got in Udann. 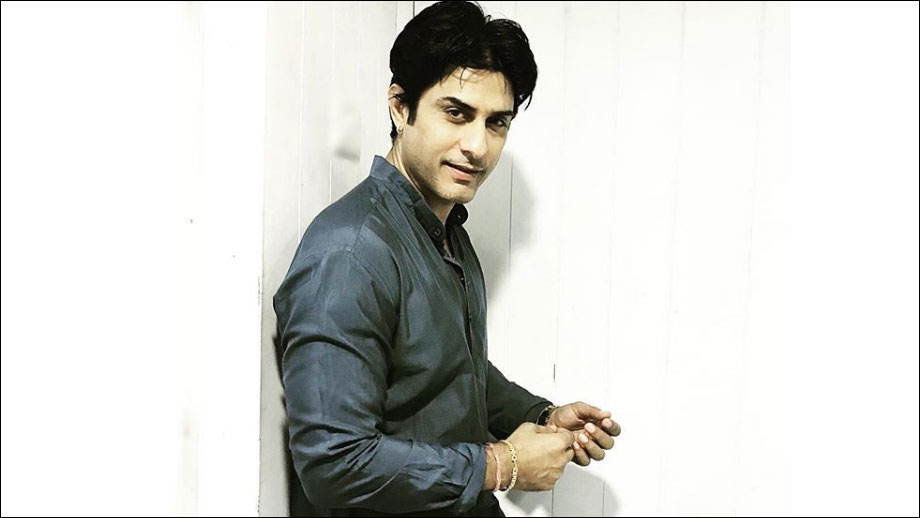 Vikas Bhalla has made a roaring presence from the time he entered the already successful and popular show on Colors, Udann (Guroudev Bhalla and Dhaval Gada).

As the mighty character of Ranvijay, Vikas has played the role with great aplomb and has been received well by the audience!!

Now, with Ranvijay getting back in a more venomous avatar post the leap, the talented actor looks forward to taking the character to greater heights.

Talking about his journey with Udann, Vikas states, “The journey has been good. The response has been great. A lot of credit has to go to the writers as the character has been written so very beautifully. As an actor, you are just doing your job. If the character is written well, half the battle is already won.”

Vikas has played the baddie before but this role according to him, comes with lot of difference. “I think I have been able to tap places inside myself which I did not know existed. The response has been very good and that makes me happy.”

Vikas feels that Ranvijay has gotten back to the show now, with a more aggressive approach. “He is lot more hard-core and rustic and more ferocious. Earlier, his hands were bound as he had to abide by the law as he was a police officer. Now he is not an officer anymore. So the boundary or limitation to hold back is not there. So he is going all out. I have earlier played the bad guy in Jassi Jaisi Koi Nahi, but this is of a different zone. It is rural, earthy and rustic. The language, diction has been different. I am enjoying my run. I look forward to my shoot every morning and that’s the best part for an actor. After playing the lead roles in shows, it was a deliberate move from me to play the bad guy. I am glad that I am enjoying the role.”

On teaming up with Imli in the dirty acts, Vikas with a laugh says, “As I said, the plot has been written very well. The characters have been etched out beautifully, whether it is Imli or Ranvijay. It is always good to play a character that’s well-written. This makes a big difference”

On his rapport with the leads in the show, the versatile and senior actor states his mind, “It’s been wonderful. Vidhi (Pandya) and Meera (Deosthale) are relatively new in the industry, but what they bring to the table is a very good and fresh approach. Of course, for Meera, she’s playing an author-backed role as she is the main lead. But what has surprised me is the manner in which Vidhi has carried out Imli’s role, especially post the leap. I keep telling her that for an actor, 50 percent of the work is done if he / she looks the character. She is doing a fabulous job. I love the way in which the creatives have re-designed the look and feel of the characters, whether it is Sooraj, Chakor, Imli or Ranvijay.”

The rating of Udann has simply been rocking. “Yes, God has been kind and the show has been blessed with good ratings. But as I say, it is not the effort of just one person. It is a complete team effort coming from the creatives and actors. The success of Udann is everybody’s trophy. Television is hugely a writer’s medium and the way our writing is shaping up, we believe our ratings can go higher in the coming days. Anything is possible. So we want to work really hard.”

Vikas credits the Producers for the long-standing success of Udann. “All in our team are highly co-operative. There is a very good networking that happens between actors. The credit goes to the Producers to have kept the actors together, happy and motivated. Everyone is doing their part towards their characters. Nobody is encroaching in each other’s territory. And this actually tells in the execution of the show and in the ratings that are coming.”

Vikas, may you continue to rock as Ranvijay!!