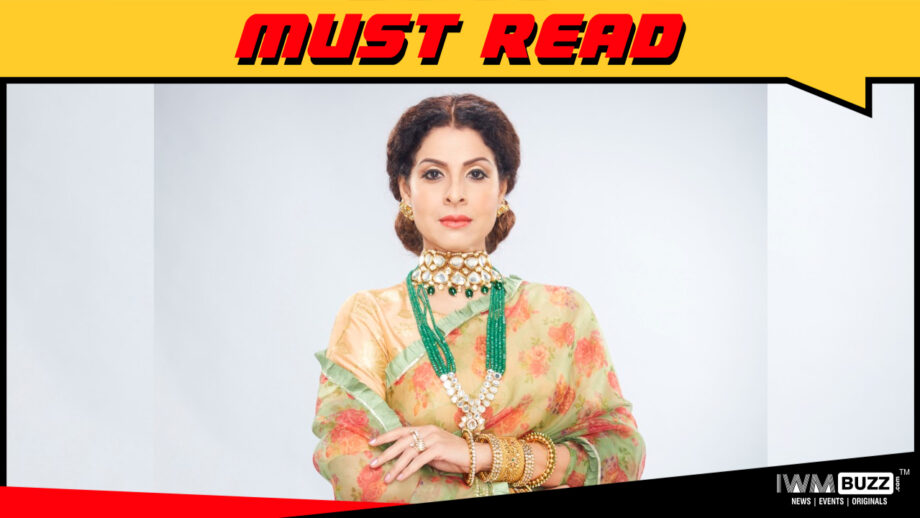 Tannaz who recently had an accident scare where she fainted after a fall during her play time with her daughter is recovering well after the injury to her eyes and ears.

Says Tannaz, “I am much better by the grace of God. We all got scared there. On the set, everyone is taking care of me and is being really supportive. I am glad that the OPD in the hospital was completely bang on.”

Tannaz who is looking extremely graceful in her royal look talks of it saying, “The entire input for the look was from the Zee TV side. They were very clear that they wanted to see me in a new get up and look. I am very much excited with the role and look. All these years, I have been so much into comedy roles. I am accepted well as a comedian; it has become my second nature. So a lot of roles in this genre have come to me. By the grace of God, I am doing something very different now. On the set, I keep laughing and smiling, keeping the ambience lively. But onscreen, it will be a contrast. There is fierceness in the character; voice modulation and body language of Rani Sa are so very different.”

Talking on the role, Tannaz says, “Rani Sa lives amid this class hierarchy which is very valuable to her. All this stems from the past that she has seen. Her past experience has made her so stern in terms of maintaining the hierarchy. She believes that the ‘haves’ will always be better than the ‘have-nots’. She carries a baggage from the past, and that has made her what she is today.”

On the USP of the show, she explains, “The amalgamation of all of us will be the USP. Also the way the script is being written will be a highlight. I don’t think anyone would have spoken in the way I do in the show. Above all, Anushka Sen’s character is brilliantly etched. As an actor, it should be great fun for Anushka to live this role and play it.”

For Tannaz, this show is almost like starting her career all over again. “For me, this is my second innings. I have never portrayed such a role. There are lot of challenges and I am game to putting in my best foot forward. I thank Zee TV and the Producer for giving me this role. This is my 25th year in the TV industry and for me to get this role now, gives me a blessed feeling.”

On her plans to juggle between shoot and her family, Tannaz quips, “The lockdown has taught me a lot of things. Also, we have shifted our home now, and this has made life so easy for all of us. As a family, we have spent so much of time together during the pandemic, that it gives us the liberty to get going with work.”

On the expectations, the actor avers, “I want people to enjoy the negativity I am putting into the role.”