In an exclusive conversation with IWMBuzz.com, Nikhil Chinapa talks about his association with Roadies, LIVE auditions, his co-mentors and more. Nikhil Chinapa is a well-known name in the industry. He is one of the most prominent faces of the Indian electronic music scene. Submerge Music, his company, is responsible for bringing some of the best DJs in the world for epic shows across the country, like Above & Beyond, Swedish House Mafia, Alesso, DenizKoyu, Armin Van Buuren, Zedd, Hardwell and Tiesto.

Nikhil was the host of MTV Splitsvilla Season 9 with Sunny Leone and both simply slayed it. Now, Nikhil is one of the ‘gang leaders’ alongside Neha Dhupia, Raftaar and Prince Narula in Roadies Revolution. Due to lockdown, MTV is conducting the first of its kind LIVE auditions ever on social media.

In an exclusive conversation with IWMBuzz.com, Nikhil spoke about his association with Roadies, LIVE auditions, his co-mentors and more…Excerpts

How has your association been with Roadies so far?

I first worked on Roadies over a decade ago as a judge when we auditioned contestants for the journey (budgets were low and I was cheap). I did that for a few seasons and honestly, I enjoyed it – using fluffy hotel towels as we traveled to various cities can be weirdly addictive. I didn’t do the journey back then though but for the past three years, I’ve been a part of the actual journey and it’s a whole different ball game. It’s been a crazy roller-coaster ride, sprinkled liberally with the ashes of a dozen broken dreams and countless emotional outbursts. Did I mention it’s a ton of fun and I wouldn’t trade it for anything in the world? Yup, it’s all that and more.

Tell us about the web auditions of Roadies and how do you see it in the future?

The online auditions have had their fair share of challenges and as a team, we’ve enjoyed rising up to meet them. I think the web format has substance and can be sustained over time. It would be fun to add Virtual and Augmented reality to the screens though! And I do hope we all have better Internet connections in the future! What do you have to say about your co-mentors on the show?

They’re all incredibly talented people and are titans in their field. They’re also ruthlessly competitive with each other and hate losing during tasks – both real and imaginary.

You have had an incredible journey, how has it been so far? What were the challenges?

The journey has had its share of ups and downs but the highs far outnumber the lows on the show. Hanging out with the crew and making the show is the most fun part of it and having to say goodbye to contestants who leave is arguably the toughest. The show and its audiences have evolved over the years and it feels like we’ve been on a journey together for almost two decades. That isn’t the truth though because while there are die-hard fans of the show who’ve been with us since the beginning, the show continues to break new ground and add new fans in a steeply ascending arc, every single year. Some theoretical physicists are still trying to understand why this happens. Along with black holes, dark matter and some aspects of quantum physics, this remains one of life’s greatest mysteries.

Walking the tightrope of staying true to the older fans while embracing the hopes and aspirations of newer ones, is probably the show’s toughest challenge. The fact that we manage to do it every year has regularly befuddled the sharpest scientific minds on the planet.

My cup of coffee. I’m a gibbering omelette without one. Without my cup of coffee to get me going, I’m as much use as a wet bag of mince at a picnic. 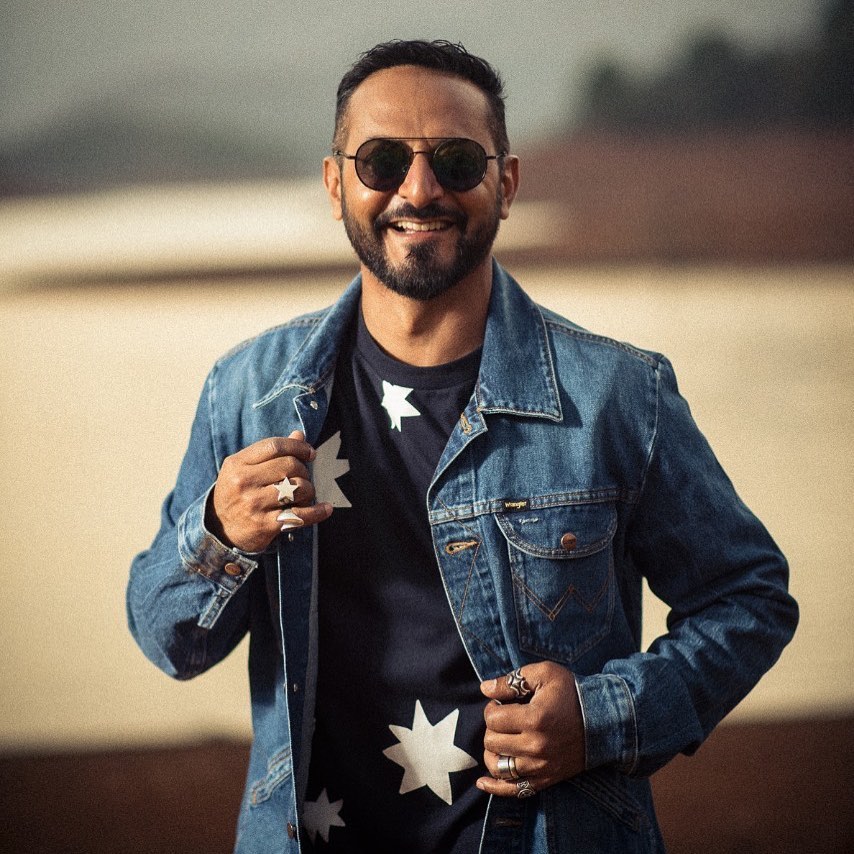 What has Roadies taught you?

A few things and quite honestly, they’re not what you would expect.

What are you doing during your lockdown period?

Answering email interviews while pretending to be an enlightened soul/existentialism guru. The truth is, I’m bored. My 2-year old daughter is asleep and I wish she’d wake up so I can play with her.

Yes. I have something incredibly witty and profound to say but we’re sadly out of time.