Talented actress Toral Rasputra gets into an exclusive conversation with IWMBuzz.com. Read it right here. 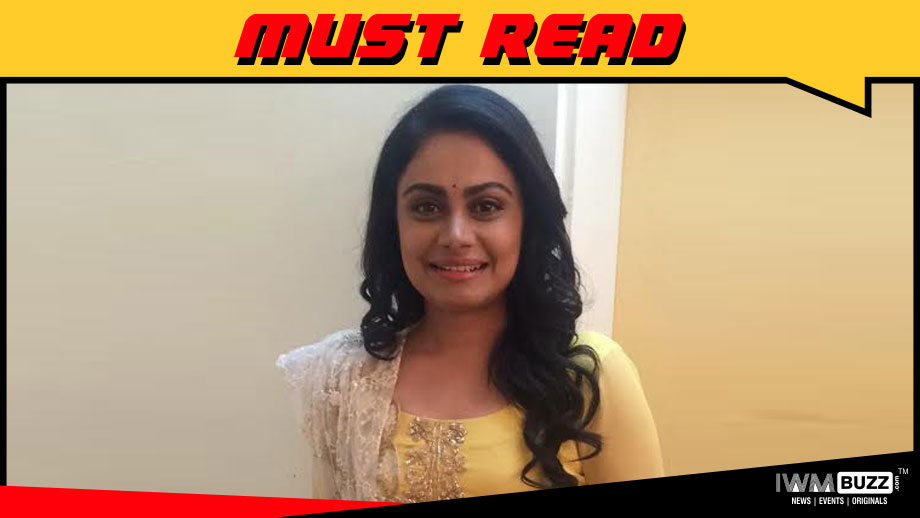 Talented and versatile actress Toral Rasputra has elegantly slipped into the role of Chakor in Colors’ Udaan (Guroudev Bhalla and Dhaval Gada) and is doing a good job.

Toral who has oodles of experiences as an actor, is even today known for her roles of Anandi in Balika Vadhu and Bayaza Maa in Mere Sai.

With a hope of striking gold in this new role, Toral exhibits her confidence, zeal to work hard in order to gain the love and affection of the loyal viewers of Udaan, in an exclusive interview with IWMBuzz.com.

A warm welcome to you in the role of Chakor after playing two significantly brilliant characters in Anandi and Bayaza.

I really liked the way in which Meera Deosthale showcased the innocence in Chakor.

How have the initial days of playing Chakor been?

For the first two or three days, I was highly confused. I was actually shooting for Mere Sai till the last week of March. To get out of the character of Bayaza was a bit tough, as I had set a very different tone and body language to play her. So I took time to get into Chakor. Initially, I did not know how I was going to play the character. When I got in, the first thing I realized was that we were shooting cut to cut, and that only meant that I did not have time to get into the character. Now that I have shot for few weeks, I feel it is going good. I also saw myself in few episodes, and had a good feeling.

What was in your mind when you accepted this role?

I felt that the maturity in Udaan’s Chakor was really favorable. Also with the show having taken a leap, I was shown to be a lady with a grown up daughter. Another thing that I really liked was the way in which Meera Deosthale showcased the innocence in Chakor. I want to take that ahead. Only time will tell whether I have understood the character well. I am as of now going with the flow.

Was it a tough decision to get into a role played by the popular Meera Deosthale?

Yes, it was indeed a tough decision. But I have faced such a similar situation before. I understand how tough it is as the pressure is on the person entering. But over here, it was a bit easier as Udaan has recently taken a leap.

Also I understand what Meera must have gone through. It is tough to play mother to a grown-up in the age she is in. I had the same feeling few years back. When I played Anandi and replaced Pratyusha Banerjee, the character was still young. Here the scenario is different. I feel I have the opportunity to mould this character in the way I want as there has been a time lapse.

Frankly, viewers are so used to seeing a particular actor in the role that they cannot imagine seeing anyone else. I feel with time, people will like and accept the new person coming in. I am ready to play the waiting game.

What according to you is the best part of playing Chakor?

I feel Chakor’s innocence is the best thing in her. Also, I like her ability to take her own decisions, and fighting for the right. She wants her daughter back in her life. She is eager to clear all misunderstandings with Anjor. She is overall a strong-headed girl.

How has the response been so far for you in Udaan?

Well, Meera’s fans do not like me as Chakor. And it is understandable and fair enough. It is fine if I am getting a negative response. I have been through this before. Frankly, viewers are so used to seeing a particular actor in the role that they cannot imagine seeing anyone else. I feel with time, people will like and accept the new person coming in. I am ready to play the waiting game. However, people who have been following me love me as Chakor. So I only need to focus on work right now, and be honest to my craft.

How does it feel to bag three really good roles in your career?

What are your immediate goals in the role?

I have not thought about it. I want to do my job to the best of my ability. I want to try and get the minute detailing of the character right, just like Meera. I want to be as natural as possible in playing the character.

How does it feel getting back to Colors?

Oh the feeling is great. I know a lot of people there, and working with them is fun.

After playing Bayaza, and with Sai calling me Maa, I feel the inhibition of playing mother to a grown-up is gone.

How is it gelling with the youngsters in the show Udaan?

They are amazing. Tanya Sharma is super sweet and a brilliant dancer. Gaurav Sareen is good. The best part is that both of them are very serious about their work and that is very important.

How does it feel to play mother to a grown-up girl?

It feels fine now (smiles). Four years back when I was playing Anandi, I did not want to play mother to a grown-up. But now, I have seen myself grow as a person and as an actor. After playing Bayaza, and with Sai calling me Maa, I feel that inhibition is gone. I am fine playing a mother on screen. Also, the look does not make me old at all in Udaan. Chakor has been a sports friendly girl, and has her body in great shape. So I am enjoying playing this role.

Wishing you all the very best, we hope you create a hat-trick by making this version of Chakor popular.

I am hoping and will try my best. I was the third Anandi and I am the third Chakor here…. So it certainly rings a bell (smiles).