Hamari Bahu Silk has not yet been able to connect with audiences: Reeva Choudhary   | IWMBuzz
Subscribe Now
Television | Celebrities 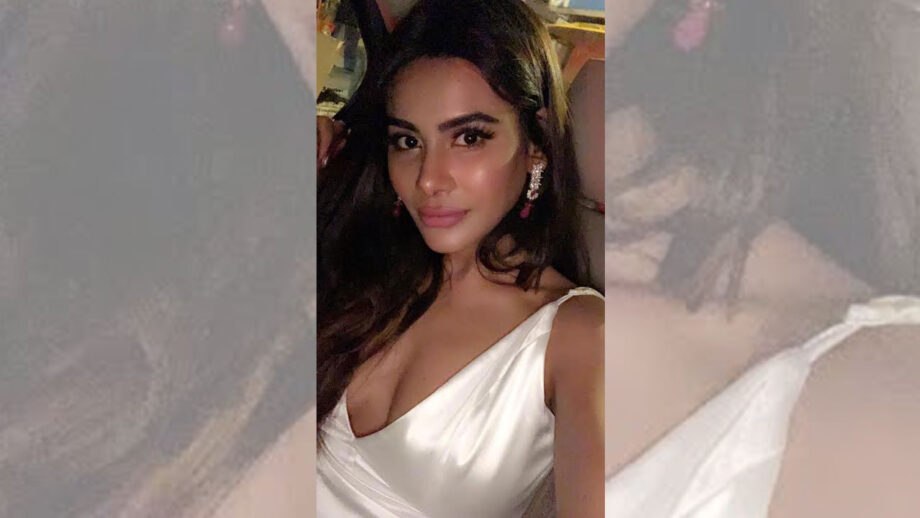 The sexy model Reeva Choudhary, who plays the antagonistic character of Natasha in Zee TV show Hamari Bahu Silk, is enjoying her stint so far. “To be honest, I was not very gung-ho about the tube. But here I am getting to essay a glam doll like I am in real life.”

Ask whether playing vamp so early in her career might typecast her and she says, “Looking from my perspective, I don’t regard husky-voiced Natasha as negative. She is just doing what it takes to fulfil her ambitions of becoming an actor, and sadly, Pakhi (Chahat Pandey) is not playing ball by lending her voice.”

“So I guess, if she somewhat lowers the boom on her, it is fair. And most importantly, unlike other TV female buddies, Natasha does not conspire to harm or destroy anyone. She just wants to shine on the silver screen, period.”

Here Reeva admits that playing the angry frustrated actress 24*7 does take its toll, “But then, very soon, I am asked to snap out of it as no one will tolerate Natasha like antics on set.”

Unlike other TV actors, Reeva is not very active on social media. “After slogging away on set for half a day, I don’t want to get hooked again to something that will easily drain away 2 hours and more of my valuable time. But yes, I do glance at my Insta profile, where most folks appreciate my looks.”

“The best part of our show is that all the actors are good looking, be it Zaan Khan, Chahat Pandey or Urvi Singh. Also, the fact that all have distinct features adds further value to the product.”

Point out that ratings of Hamari Bahu Silk are not great and she admits, “I guess we have not been able to connect with the audience. Today, there are so many options that it gets difficult to win people’s attention. Gone are the days when one loud volume show dominated the television landscape.”

“Also, I think the promotions could have been better. Having said that, no amount of PR is enough. Today, even Salman Khan needs to spread the word about himself.”

“All said and done, we have a constant rating, which has not dipped. I am sure, with time, things will perk up.”

In closing, Reeva wishes to thank her producers for treating her like a queen on set. “Normally, it takes time for actors like Mouni to get star treatment, but here, Devyani Rale, Sudhanshu Tripathi and Jyoti Gupta sweetly fulfill all my demands (smiles).”