Ishita Ganguly refutes the news of the show going through a makeover in terms of giving actors a new look. 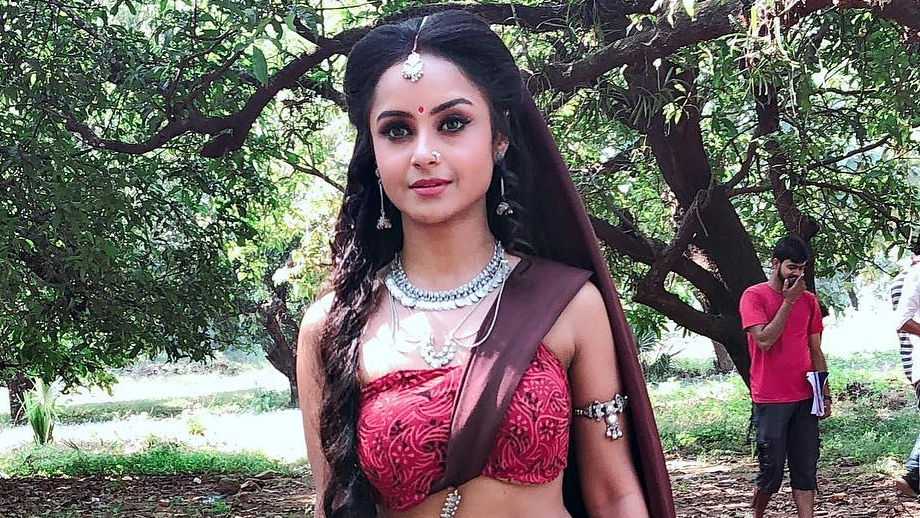 It is a well-known fact that &TV had high expectations from its new fantasy show, Vikram Betaal Ki Rahasya Gaatha. But ratings have not been that great.

In a possible attempt to change its fate, Peninsula Pictures is planning to change the look of the show, with better VFX, visual presentation and costumes of the main characters.

We at IWMBuzz.com spoke to Ishita Ganguly (Vikram’s wife Padmini) who denied any change in her look. However, our source maintains that some changes in the characters’ costumes are certainly on the anvil.

Talking about her current look, Ishita says, “I love the subtle and elegant feel, which adds to the glamour quotient. There is not much jewellery, but yes, a lot of work has been done on my hair.”

When asked about her screen space, Ishita admitted that it was less, “But that is expected, for the main story revolves around Vikram’s (Aham Sharma) vow to get Betaal (Makarand Deshpande). The equation between Vikram and his better half gives the above high drama a break, and adds some romantic moments, which are being liked by my fans.”

In closing, we asked Ishita whether the fast proceeding episodic story could mean that the makers may be thinking along the lines of throwing in the towel. Why we say so is because normally, if any show is doing well, the narrative is always slowed down by playing around with subplot twists and turns.

But here, they have already reached the stage where the reason behind Bhadrakal (Sooraj Thapar) and Betaal’s animosity is coming out in the open, which will lead to Vikram eventually slaying the evil demon, thereby ending the show. This assumption is also fuelled by the fact that Vikram not being a run-of-the-mill family show is costing the channel a bomb in CG.

“The creative team knows better how to take the story forward; and we have not officially been informed of any move to wrap up the show. Personally as well, I don’t think the show is anywhere close to its end, for we have shot a lot and I am aware of future story plots as well,” replies Ishita.

“As for low ratings, I am sure the makers are fully cognizant of our situation and are doing what it takes, in both looks and performance level, to lift the numbers. Fingers crossed, you will see a positive change in this week itself; our numbers have risen by 0.1.”