A person generally builds his image according to the way he appears and the attire that attracts. Karan Patel grabs the attention of the audience and all his lovely fans through his sexy suit looks.

Karan Patel the popular and well-known face of Indian Television. Karan Patel is so popular due to his lead role in the serial Yeh Hai Mohabbatein. The way he appears on the show the style, acting, attire is all that brought him out to be the best among the rest. Karan Patel is one of the easy-going, charming Indian Television actors. stole the hearts of the fans with his full of attitude, hot dashing yet charming looks as he rose to fame. He is Indian television’s handsome hunk whose looks and style make girls go weak on their knees. Apart from his killer acting skills, his hot and sexy looks are the reason why he has a huge fan base that is mad about him.

All his fans have loved and are loving his dashing and sexy looks. The personality he has is really worth commenting and eye-catching. Also, he has a dashing and unique style of dressing and is seen rocking in whichever style he appears. But the dashing personality of Karan Patel really looks damn hot and sexy in his each and every suit looks. In his serial also Yeh Hai Mohabbatein he is found to be in suit majority of the time. Also for rather than wearing a formal a suit look is more comfortable and classic for an event.

Karan Patel is seen in suits of Different types and different style and also he has a unique idea and collection when it comes to suiting. The suit really makes his personality look charming and Bold enough and that is also because of the attitude he carries when he wears that suit attire, It makes him really the way to sexy and charming. Check Out! Anita Hassanandani's Quirky Ideas Of Styling A Saree 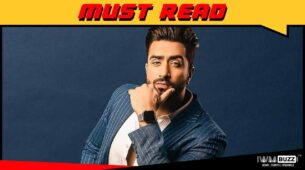 I am scared before every stunt: Khatron Ke Khiladi- Made In India contestant Aly Goni