Gautam Rode who is presently seen in Kaal Bhairav – Ek Naya Rahasya gets into a conversation with IWMBuzz.com. Gautam Rode, who is currently doing Kaal Bhairav – Ek Naya Rahasya for Star Bharat, is happy with the way this supernatural thriller is going. “This genre seems to be picking up speed for now. Let’s face it; Indian TV has always had a me-too syndrome, and for the moment, only dayans and chudails seem to be ruling the roost. But everything has a shelf life, and one day, something else will take over.”

Looking ahead, Gautam, who over the last 18 years has done all kind of genres, (Baa Bahu Aur Baby, Lucky, Saraswatichandra and Maha Kumbh) will love to test his comic bone again. “I do have a good sense of humour, you see.”

Shifting gears, we ask him about how life has changed for him post marriage to Pankhuri Awasthi? “Well, it has become much more relaxed; I am not stressed out as before. Also, now I have a sounding board at home, so don’t need to go out seeking advice from friends. Pankhuri is a level-headed girl, who will not hold back her punches if she disapproves of something.”

When you guys first came close on the set of Suryaputra Karn, did the huge age gap (over 10 years) not act as a mental block? “Not really, for we share similar value systems. We do have different approaches to life though. While I am both introvert and extrovert depending on my frame of mind – sometimes I might just drive you crazy with my talking – she, on the other hand, is always very reserved.”

Gautam, who had tried to move to films with Aksar 2, has no hesitation in admitting that it did not work. “I was disappointed for a while back then, as it cost me a lot of time. But I have faced several other failures as well before and have learnt to bounce back with a smile.”

When asked as to what went wrong with this erotica which also starred Zareen Khan and Abhinav Shukla, he says, “Let’s not go there, for if a film becomes a hit, everything is accepted; and if not, every small mistake is brought under the scanner. Also, today the word of mouth can even destroy a decent film. Bad vibes spread around so fast that the public ends up losing interest in quick time. On the other hand, sometimes the same public opinion lifts a film so much, that you troop into the theatre, only to end up wondering what the fuss was all about.”

In closing, Gautam attributes his continuing ability to pull off lead roles at his age to his discipline and taking care of himself. “It is not easy to keep looking 27 on screen, but that is what separates the men from the boys.” 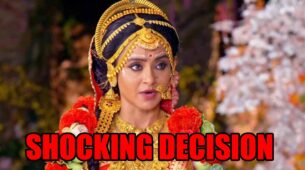