In conversation with Soma Rathod 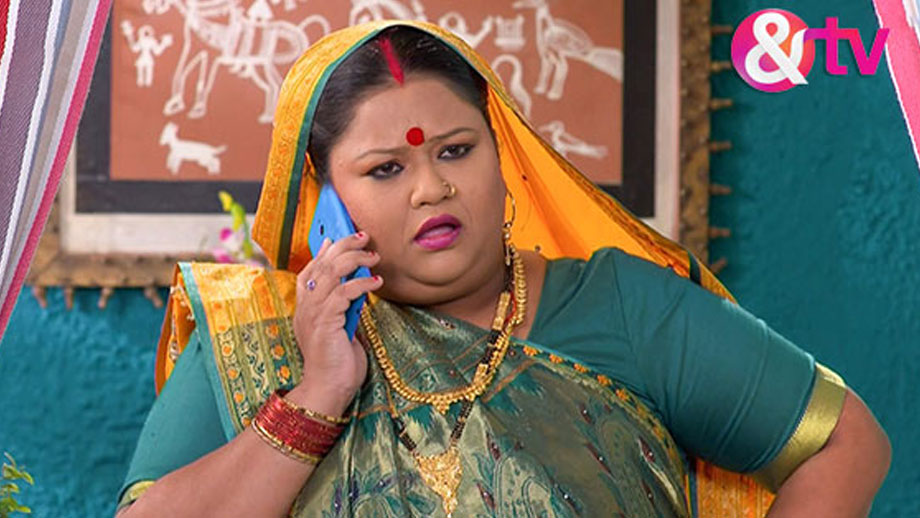 The best part about hit &TV show Bhabhiji Ghar Par Hain is that all the characters get their due screen space. No wonder, the supporting cast, which includes Happu Singh and Paglait Saxena, have all become famous.

In the same vein,today IndianWikiMedia caught up with Soma Rathod, who plays Ramkali, aka Ammaji. Ammaji is most known in Bhabhiji Ghar Par Hai for her pasting of Tiwari (Rohitashv Gour) and her love for her daughter-in-law, Angoori (Shubhangi Atre). She also has an important role in Edit II’s other SAB TV show, Jijaji Chhat Par Hai.

“Being a natural actor, the moment I adorn the get-up of a particular character,I automatically internalize it, be it the loud Ammaji, or the nagging, loving, Karuna (Jijaji Chhat Par Hai), or quirky mother in May I Come In Madam. I don’t act; I would react the same way had the scene happened in real life as well.”

How do you approach the role of Ammaji? “Although we get the written lines,it is up to me to add the additional Bhojpuri language and flavor; and that is what we paid for, right?”

What is the public reaction? “When I go out, I am often called as Amma. I never expected her to become so popular.”

What do you think works for the show?“Simplicity, the naughty theme of men desiring their neighbors’wives, which is dealt with sweetness and lots of dignity. E.g., if Vibhuti (Aasif Sheikh) hears Angoori Bhabhi has fallen down, he rushes in with a pillow. There is no vulgarity worth the name.”

Background-wise,Soma is really pan-Indian.“I am not only half-Gujarati, half-Bengali, but have also lived in other parts of the country, be it Bihar, Chhattisgarh, and now Mumbai.”

“I always wanted to become an actor since childhood. My mom would make me act like Nirupa Roy and Lalita Pawar; so I love playing mother-in-law.”

She has also acted in other small-screen shows such as Lapataganj, Neeli Chatri Waale, etc.

So do you feel that Bhabhiji Ghar Par Hai changed the game for you?“No,it has been a step-by-step growth.”

Coming to Jijaji Chhat Par, she says, “It is completely different from Bhabhiji in terms of location, plot and treatment of characters.”

Can we see the Ammaji and Pandit Ramphal romance track develop further, in Bhabiji Ghar Par Hain? “Ha ha, if public demands it, you never know.No one has seen him yet.”

In closing, Somawould also love to try out serious mother characters.“I don’t think I will be affected by the comic branding, for I trust my acting chops.”

Soma, we wish you all the best.