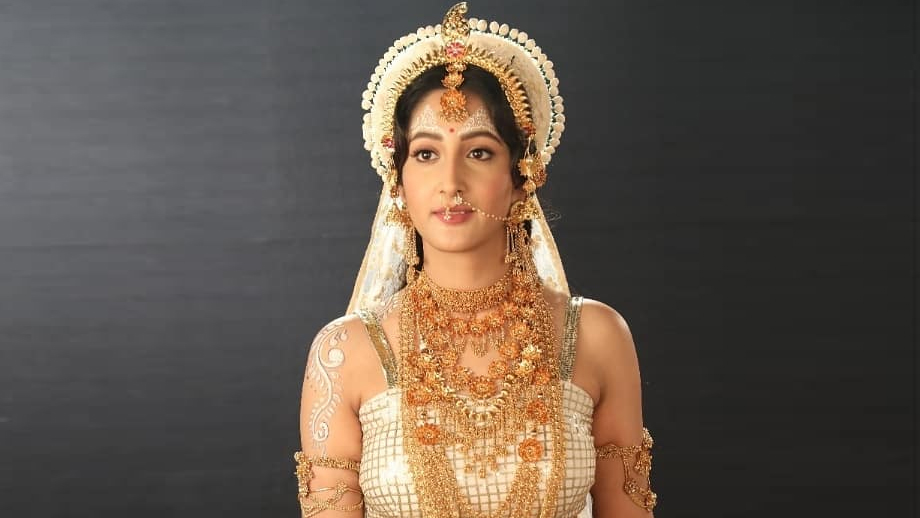 Will a cameo in Star Bharat show, RadhaKrishn, catapult Shivya Pathania into the A list reckoning? This tall Shimla lass, who has done a few leads before (Humsafars, Ek Rishta Saajhedari Kaa and Dil Dhoondta Hai), but could not make it to the big league for most of them sank on the ratings front, certainly thinks so.

“RadhaKrishn has done well, so I am being noticed. We shot for our one-hour premiere for over a month; so the scale, grandeur and acting of all concerned was spot on. Producer Siddharth Kumar Tewary of Swastik Pictures surely knows his wares. I finally got the inner satisfaction of doing good work, which every actor worth his/her salt hankers for. The love and adulation of all was the icing on the cake.”

Shivya adds, “Good things are happening to me since then (she has just shot for a Laal Ishq episode, which will telecast this weekend). There is something big on the anvil and IWMBuzz will be the first to know.”

“I am quite happy with my journey so far. Success and failure are a part of the game. The bottom line is to learn from each and every outing that I have done. Also, you need to appreciate the fact that I don’t have any kind of acting training. I was just selected and asked to come down to Mumbai. So I had to start from scratch, without any godfather to handhold me,” says this winner of Ms. Shimla 2013.

Looking ahead, Shivya is open to all kinds of formats, “Be it TV, films or web. For me, the story is always above everything else.”

Unlike other gals, Shivya does not foreclose the option of going bold, especially for web. “I have not got any such offer, but I don’t want to say something, then go back on it later.”

“I am not open for very bold roles,“ she added as an afterthought.