Producer and Writer Saba Mumtaz gets into an exclusive conversation about her supporting friend, actor Eijaz Khan in Bigg Boss 14. 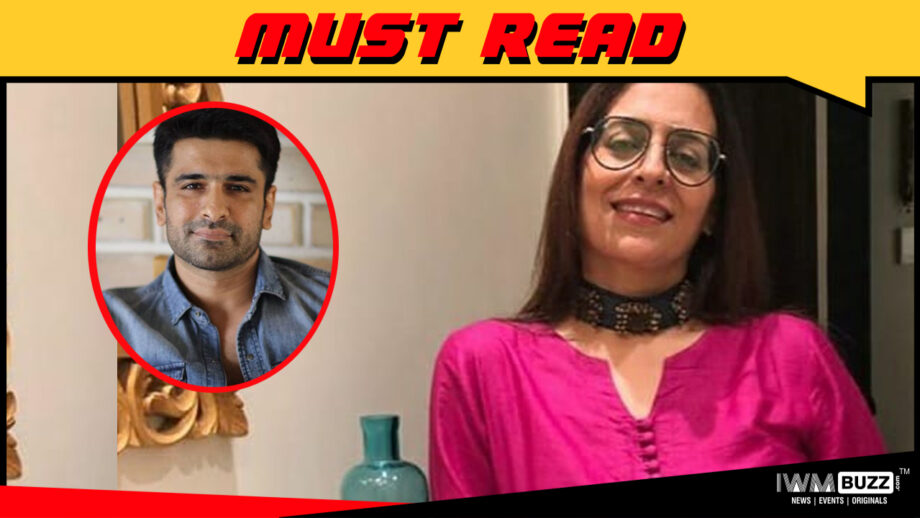 Eijaz Khan, the macho personality and terrific actor is into the Bigg Boss house and his fans are all set to support him!!

Eijaz who started his career with shows like Kahiin Toh Hoga, Kayamat etc has donned many powerful roles in his long and successful career. He has played the lover boy and the serious roles with equal ease.

Eijaz finds huge support from his friend and Producer Saba Mumtaz!! Saba was the Producer of the Sony TV show, Yeh Moh Moh Ke Dhaagey in which Eijaz played the lead role.

We at IWMBuzz.com talked to Writer and Producer Saba Mumtaz who had to say, “I know Eijaz very well. We have worked on Yeh Moh Moh Ke Dhaagey. When I wanted to take him for the show, many had told me not to take him, as he is very troublesome, moody. But I did not believe in what I heard as I found Eijaz to be a very good actor, capable of shouldering responsibilities of playing the lead in my show. What I found was that he had a lot of faith in me as a creator and writer.”

“Yes, we had few initial hiccups when he had few problems regarding his look. But he loved the role so much that he got into the flow of work. All my unit people who were a bit weary of him started to love him. He ended up giving his best performance in the role. We at Moh Moh Ke Dhaagey became one big family. So right now, we all are rooting for him to win Bigg Boss 14.”

Saba goes on to say, “I really do not watch Bigg Boss. But this time, we are going to watch it for Eijaz. We are all praying for him and we are hoping for him to win.”

Talking about Eijaz, she states, “Basically, Eijaz is a very good human being. He recently came out with an interview where he talked of his struggle. He has handled really tough situations in his life; has gone through depression and counselling. He has come up the hard way. We really hope he comes up in life and wins Bigg Boss. This will be a new phase in his life.”

Also read, I will try to keep a cool head in Bigg Boss 14