I was in tears as I watched Mehek only as a viewer yesterday: Rajshree Seem
Subscribe Now
Television | Celebrities

Rajshree Seem who essayed the role of Karuna in Zindagi Ki Mehek bid an emotional adieu to the show. 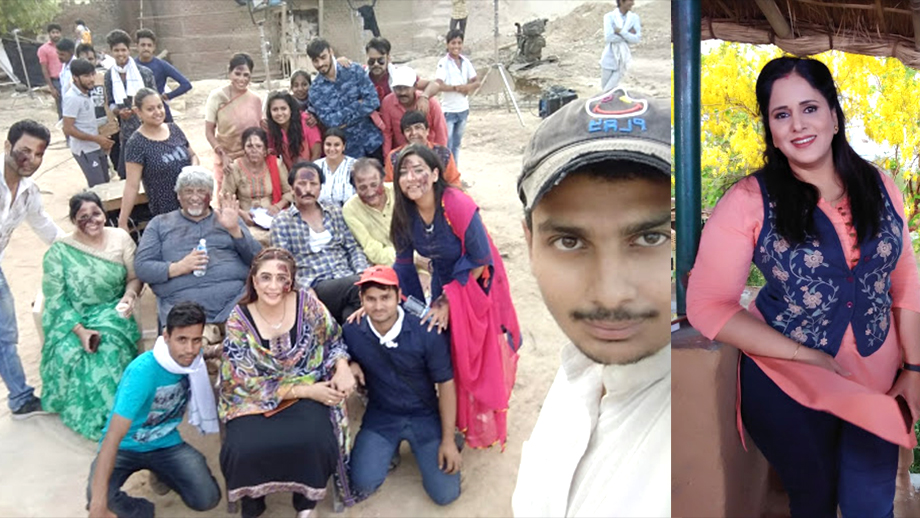 The Zee TV show, Zindagi Ki Mehek produced by Saurabh Tewari is going through a new start with the reincarnation of the leads happening. With it, most of the earlier cast in the show has taken an exit, and that includes the very popular character of Karuna which was played by actress Rajshree Seem.

In a candid yet emotional talk with IWMBuzz.com, Rajshree expressed her thoughts of not being part of the show anymore…

Rajshree said, “For the first time yesterday, I sat and watched Mehek only as a viewer. It was very emotional and I was in tears. Even when I talk to you now, I am thinking of the good old times we had as a team in the show. I had a very good journey with the show.The exit was very painful and shocking too. But it was the story demand that they bring in a new flavour to take the story forward.”

“I will credit our Writer and Producer Saurabh Tewari for the great characterization he gave to all the characters. All of us got good recognition from the show. I am very grateful to him for giving me Karuna,” she added.

The team of Mehek along with the Producers threw a farewell party for the cast making an exit from the show. “It was very emotional to be part of the farewell. It was like getting away from my family. From the dress dada, to DOP, to technicians to the creative, all were in tears. There was a cake-cutting ceremony, with the Producer Keval Sethi giving an emotional talk.”

Sending out all the luck and wishes to Karan Vohra and Samiksha Jaiswal, she says, “This is going to be a new start for them in the show. I wish them all the luck. I actually wish both of them a great future. I will miss them for sure.”

The actress who is from Delhi is looking for newer pastures as an actor. “I am even thinking of moving to Mumbai if I get a good project. This is going to be a new journey for me, being away from Mehek. I hope I get to play a different avatar in future.”