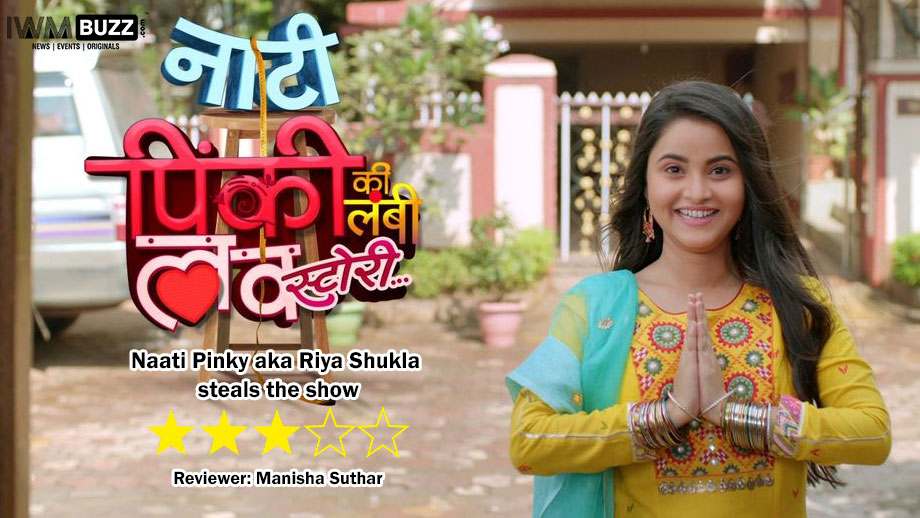 The show will trace the journey of Pinky who is short but feisty, a fighter but also a dreamer, perceived as flawed but hope to find her true love. A typical Delhi girl, Pinky Kashyap (played by Riya Shukla) is born and brought up in an orthodox Brahmin family. Standing tall at 4 feet 8 inches, she wants nothing beyond a conventional, married life. While her life comes with its own share of drama, Pinky tactfully uses her strength to counterweight what society defines as her physical drawback.

Raised in a tightly knit family with a strict and reserved father, a loving and a supportive dadi, a melodramatic mother, Pinky believes in living life to the fullest. Just like every other girl, even Pinky’s parents want her to get married, her height always poses as a hurdle. But while Pinky is determined, she soon finds out that going the conventional way is not always easy.

At first, when we heard about the story, we thought it of being an unusual one. The makers always attempt to make the stories relatable and Pinky’s journey resonates the same. Questioning society’s definition of perfection, the love story of a free-spirited Pinky who is of short height is inspiring. There is an intriguing sub-plot as well because the first episode reveals that Pinky’s sister is dead; this drama will keep audiences glued. The production value and the sets used in the show are quite relatable. Riya Shukla, who plays the titular character on the show, is definitely a competition to all the actresses. The actress, who played the role of Swara Bhaskar’s daughter Apeksha Shivlal Sahai aka ‘Apu’ in the critically acclaimed film, won our hearts with her acting chops. She stole the show as well. Apart from her the talented thespians Vishwajeet Pradhan and Bharti Achrekar are giving a stellar performance. However, we just got to see a glimpse of the lead boy Puneet Choksey in the first episode, but that was also a highpoint of the episode.

The pairing is new but unusual. However, you never know they might become one of the popular couples on-screen. The storyline is slow but it would be wrong to judge the show by just an episode.

Naati Pinky Ki Lambi Love Story has started off well. Overall, it is a decent watch and will most likely grow as the story would proceed. This saga of love, emotions and insecurities will strike an emotional chord with the viewers and at the same time entertain them. We hope that viewers fall in love with Pinky’s unusual ways of dealing with uncertainties. We also hope Pinky believes that just like Jaya Bachchan found her soulmate in Amitabh Bachchan, she too will find her own Amitabh Bachchan.

IWMBuzz.com credits the show 3 out of 5 stars.