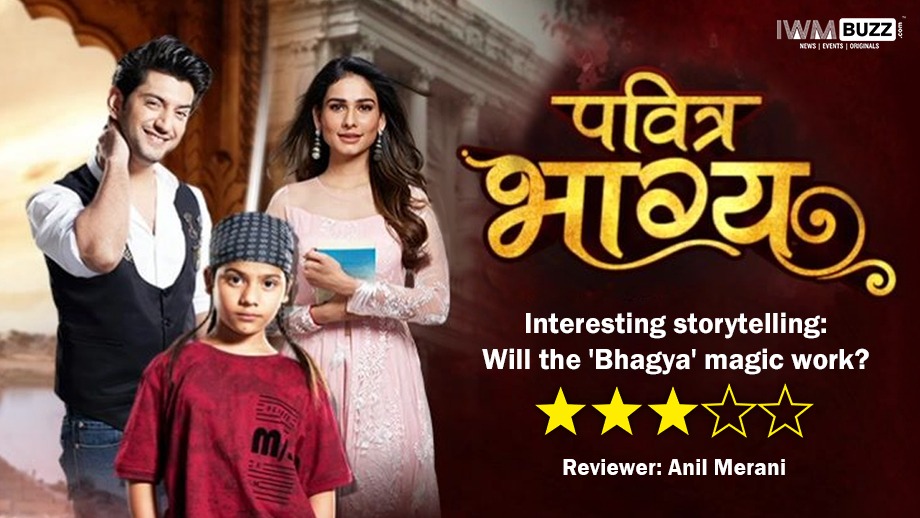 You have a young girl Praniti (Aneri Vajani) who gets preggy sans marriage, and her mother sends the infant to an adoption house and tells her daughter that the baby was stillborn.

But lo and behold, a child Jugnu (Abhishek Prajapati) from the same adoption house runs away from the evil matron and finds refuge in Praniti’s engagement crazy house. (Can we crystal gaze to predict that Jugnu will be her daughter?)

Although Jugnu is sent back, Pranati is desperate to find out if she is safe, while her mom wants her to stay away, fearing her past will come to the fore.

The matron ties up Jugnu and decides to sell her to a foreign couple, who will make her work as a servant (writers… at least pretend to be different!!!)

In all the melee, Pranati spills out the truth about her pregnancy. All hell breaks loose. Even her father has no clue. (how could you hide baby bumps?) Archit’s greedy mom (ladoo loud talk) Sumitra then passes snide remarks about children born out of wedlock and on women’s character (I felt I was watching old Bollywood film, Julie).

But then Archit, steadfastly continues to support Praniti, saying everyone has a past! (Hope most men had such woke thinking)

Pranati reveals she had flipped for the college casanova Reyansh Khurana (Kunal Jai Singh), who later dumped her. (The entire backstory is yet to open).

Even several years later, Reyansh is still the same.

In a twist of fate, Reyansh meets Jugnu.

After a bit of moral talk by Baljeet Khurana (Vibha Chibber): focus re shifts to Pranati and Reyansh.

Aneri is doing an excellent job as the lead. Kunal steals the show for his greyish character is the only comic relief in the whole narrative. But yes, he plays the bad boy with elan. For someone who just wants to sleep with women and hates kids, It would be fun to see Reyansh deal with Jugnu. I think she will blackmail (If it happens, yet another overused play) him.

Interestingly, both Aneri and Kunal had acted together in Voot/Colors show, Silsila Badalte Rishton Ka usually casting is not repeated, but here both are back as on-screen as a couple.

So far Abhishek, does not have much to do as Archit, post the triangle you never know.

Be ready for a lot of other internal domestic politics in all three households (Pranati, Reyansh, and Archit) with a lot of other colorful characters coming into play to add to the drama.

Producer Ekta Kapoor has smartly tried to bring the fans of her hit Zee TV shows, Kumkum Bhagya and Kundali Bhagya to this show by naming it like this, But the story and casting are different, so not sure if the response will be much?