Check out how IndianWikiMedia.com rates the new show on Star Plus, Iss Pyaar... 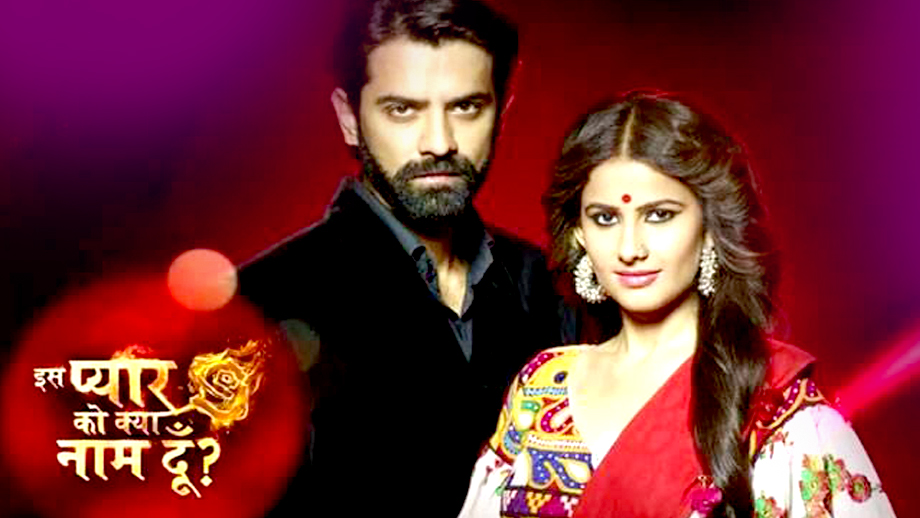 Anticipations are enormous, and that is Iss Pyaar Ko Kya Naam Doon Season 3, the biggie on Star Plus!! The return of Barun Sobti to the small screen brings with it humungous excitement and enthusiasm.

The opening two episodes have sure been interesting. They have vetted our curiosity as to why Advay Singh Raizada (Barun) hates his childhood love Chandni (Shivani Tomar) who in turn has her plateful of woes having been kidnapped a year back.

Full marks to Producer Gul Khan (Four Lions) for not having a soapy opening. The mounting has been just like a film of the 1980’s with an angry young man braving all odds to save the day (falling of the Shiv statue). A lot of effort has been put to create a strong hero image with Barun’s bearded look. The camera angles go slow to make us stand in awe. He does look a dish, what say gals??

Shivani is playing the poor sufferer girl with elan. However, the sequence where she stands up to social evils like temple entry for eunuchs speak volumes about the girl’s inner strength, and we look forward to Chandni meeting Advay eye to eye in the future. A point to be noted here is that the makers have given a good social message of equity.

Though it’s still early days yet, we have to acknowledge that Barun has certainly matured as an actor. He brings out the controlled hate and anger for Chandni in an effective way. However, we still have not understood why a professor of physics carries a guitar!! Comparison to Shahrukh Khan in Dilwale Dulhania Le Jayenge, is it? Down the road, Advay will surely croon to Chandni once the hate starts to thaw.

The support cast, we must say is doing a fine job. Special mention has to go to Bollywood siren, Ritu Shivpuri who looks convincing in her Baa role in her very first TV avatar.

The outdoor locales and the entire way in which the initial sequences have been shot, look really good. But the challenge would be to maintain this momentum as the story chugs along and the conflict moves indoors. We say so as normally channels avoid excessive outdoors to keep costs under check.

The fans of the brand Iss Pyaar Ko Kya Naam Doon and that of Barun indeed look forward to watching the chemistry between Barun and Shivani. Of course, there will also be comparison to Season 1 where Barun and Sanaya Irani’s romance was a chart buster. Here the new on-screen couple will have to better it, which is a tough mountain to climb. But the intensity in the opening scenes is electric, leaving us waiting for more with bated breath.

One thing that the show needs from its fans and ardent viewers is to take the story and the new Jodi on its face value, considering that this is a new story.  So unnecessary comparisons with Iss Pyaar Ko Kya Naam Doon 1, will only lessen their excitement for the present season.  Having said that, the channel brought this upon themselves, by naming it as the Season 3 of the above hit Star Plus show. It could have been brought along as a new show; however they wanted to milk the angry Arnav brand to the hilt.

Another thing that needs to be appreciated is the fact that the show is rooted in hinterland India, filled with Indian traditions.

To sum it up, a lot of positives when it comes to the gripping story line with the vengeful avatar of Advay and his enmity and hatred towards Chandni. The biggest challenge for the show will be in the way its leads Barun and Shivani’s Jodi get accepted. So fans, leave the past aside, and welcome this Jodi with open arms. At least, let us give them and the new story a chance to thrive…

IndianWikiMedia.com would rate this effort with 3 out of 5 stars!!