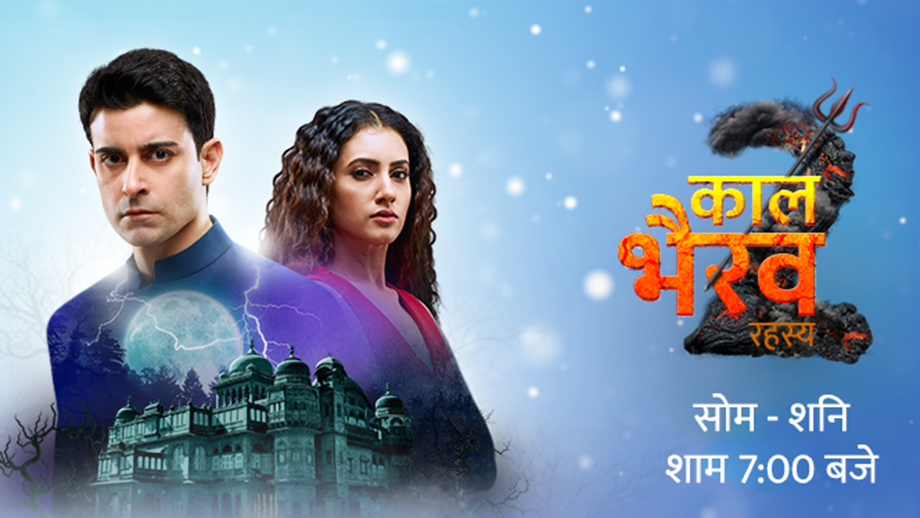 At a time when mythologies rule the TV roost, a cross between a thriller and a fantasy should ideally work too.

Well, this thinking must have prompted STAR Bharat to return with Kaal Bhairav – Ek Naya Rahasya. Following the earlier template of faith vs superstition, the new story revolves around a cursed royal family, where the gaddi-inheriting eldest son dies before the age of 30, because one of their forefathers King Vikram Singh (Manoj Verma) had raped Laali (Anjali Abrol), a young devotee of Lord Kal Bhairav.

The story quickly moves to the present time, where you have the younger son of the royal family, Veervardhan, aka Veer (Gautam Rode), romancing the free-thinking, talkative Archie (Additi Gupta). The scene where they trouble the arrogant fat man and flee from the restaurant was fun. Veer also pops the question to Archie, and she asks him for 24 hours to reply.

In between, his past comes back to haunt him. There is a healthy use of CG – headless bodies; Lord Kal Bhairav throwing Veer off the cliff, etc. Veer survives by hanging on to a ledge.

Enter Veer’s Man Friday, Kedar (Satya Tiwari), who not only rescues him, but also brings him back to his house.

Gautam Rode as Veer fits aptly well into the character. Being a good performer, he is sure to win applauses and appreciations.

What we also did not get was that if Veer, who is naturally scared of dying, leaves the palace, how come his elder brother, Yashvardhan (Siddhant Karnik), is seen to be blasé about impeding death; his 30th birthday is around the corner, yet he is seen playing golf, swimming, etc. Siddhant does bring out the royal demeanour well.

Veer then rescinds his proposal to Archie. How come he did not think of all this before asking for her hand in marriage? She obviously gets very annoyed and asks him to swear on her that he loves her; and in classic Hindi serial style, he slaps her – got the answer?

Seeing symbols of his upcoming death, Veer flies back home to discover that his elder brother is missing. Soon Yashvardhan’s body is discovered, with the family temple Trishul thrust in his chest. The rational cop, Sumer Singh (Pankaj Vishnu), refuses to believe that a curse is behind the killing. He orders the murder weapon to be sent for forensic testing. But on the way, the cops are stopped by Lord Kal Bhairav, who returns the Trishul to the mandir.

In the meanwhile, the cops reach the temple where the attack had taken place, and are shocked to find the blood-soaked spear back in the idol’s hand. Soon, rain comes pouring down, swiping the trident clean.

Interestingly, as it does not rain anywhere else, Sumer again smells a rat. He challenges the villagers that if God was really there, he should challenge him. Lo and behold, hours later, the cop goes missing and a dog is found wearing his clothes.

We are sure that, as in part one, along with possible divine intervention, there will also be palace intrigue, spearheaded by the priest. Family member, Revti (Sonia Singh), seems to have something to hide.

In the meantime, Veer is selected as the new king. We wonder how the family can afford such pomp, as privy purses have been discontinued for years.

Meanwhile, Archie, who comes to the palace, sees Laali‘s ghost. It is said that whoever sees her ghost dies too, and ironically, only she can lift the curse. So it’s a case of damned if you do and damned if you don’t. We are sure there will be much for Additi to do, as the story unfolds.

The story is quite pacy and taut, and never deviates from its original theme. Hope the same trend continues, for it often happens that when numbers come, the tempo is slowed down in order to milk it. But the thriller genre does not allow this liberty, unlike family dramas. So hope the makers have enough juice to keep the story running, which too will mostly be limited, like part 1.

The other actors like Vineet Malik (Rajmata), Kenisha Bhardwaj (Vandana), Ahwaan Kumar (the bodyguard) are all doing justice to their characters.

The biggest challenge again would be numbers, for though the first part (produced by Piyush Gupta & Jatin Sethi) earned good chatter, it never raked in big ratings. Kaal Bhairav Ek Naya Rahasya has opened to number 3 on the channel. Season 2 Producer Ravindra Gautam(R G Pictures) has all the experience to take this socio-thriller concept ahead in terms of numbers.

We at IWMBuzz.com would credit Kaal Bhairav – Ek Naya Rahasya 3.5 out of 5 stars.