IWMBuzz.com reviews the fantasy drama show Meri Gudiya that airs on Star Bharat. Read to know what we have to say. 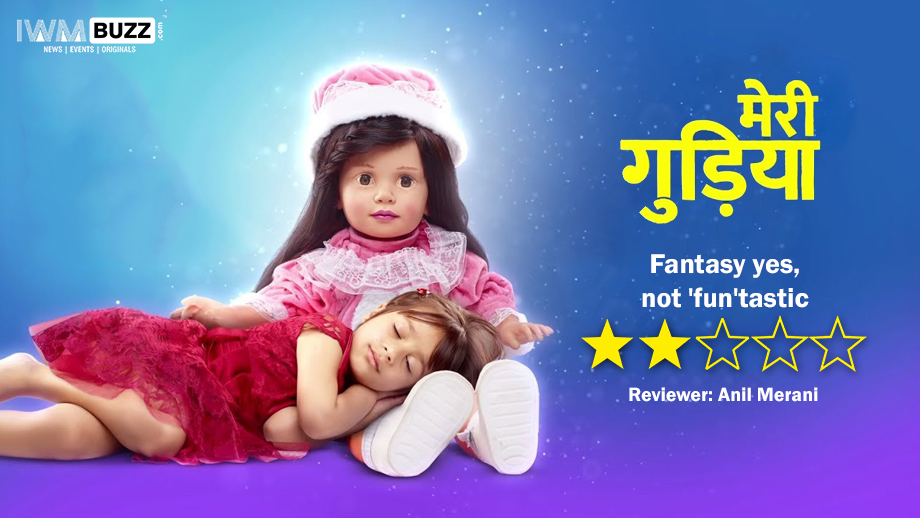 In a country of 125 crores, TV creatives still need to fall back on bhoot pret, naagins and chudails. Most new shows across all channels fall in the mytho supernatural genre.

Ratri has the hots for Madhuri’s husband Raghavendra Gujral (Gaurav S Bajaj ), but he had turned her down, so she hates the family.
Avie, who seems to have divine powers, was brought back to life by Madhuri despite being still-born.
Madhuri, being very worried about Avie’s welfare, keeps mollycoddling her for every small thing. Raghavendra wants to let the child fly free but wifey does not allow it. We are sure, down the road, he might flip for Ratri. You also have one careless but goodhearted devar Shaurya Gujral (Sagar Parekh). He might flip for Adrika and turn negative.

Then we have the mother in law, Parvati Gujral (Nishigandha Wad), who has refused to speak ever since Avie was born. The house canvas is complete with a number of very loyal servants.
The real drama has just unfolded, with Ratri having killed Madhuri for coming in the way of bumping off Avie. She had first tried to kill her in an accident, but Avie saved her, so this time she enters the hospital as a nurse and pulls the life support. I just did not get one thing, if the latter was conscious, why did she not press the panic button, rather than allowing the latter to go on an admission drive of her guilt and then kill her.

The love of the mother is so strong that her soul gets transferred to her daughter’s fav doll.
This is the basic story. The real fun (if you want to call it) will now start, with the mother in the form of a doll protecting the kid.

So far, the fantasy CH part was not much (except the potion in the water bottle), but now the level will need to go higher to justify the genre. But the makers (Anirudh Pathak) are past masters of the above genre and will surely put in their magic.

One big dampener so far for me in Meri Gudiiya was the absence of major romance, with motherhood being the leitmotif. The setting of Shimla has not been well exploited too. We could have seen the beauty of Himachal interspersed with the chills.

Till now, Aalisha occupied most of the screen space defending Avie, but now with her dead, it would be fun to see how much she is seen and how.
Aalisha fans have lots of expectations after her Ishq Mein Marjawan double role efforts. There was even buzz that she might do Naagin 4, so the job is cut out for her.
Also, was Aalisha right in taking up a mother’s role so early in her career? Will this not restrict her youthful options? They have made her look much more mature than her real age!
Harshad hardly has any role so far. Nishigandha Wad’s character is yet to open up.
Jinisha is doing a good job as a cute kid.
This attempt to balance both family and fantasy is a tough job, and so far, the fantasy part was less, and justifiably so, as they were setting the stage. But then, your core audience is not fantasy then.

Sadly, of late, none of Star Bharat shows, including Ma Vaishnodevi, have raked in huge ratings. So the channel will expect Meri Gudiya to fire on all cylinders.

We at IWMBuzz.com give it 2 stars but the show has high potential to up its ante.