IWMBuzz.com reviews the Star Plus show Kullfi Kumar Bajewala on Star Plus 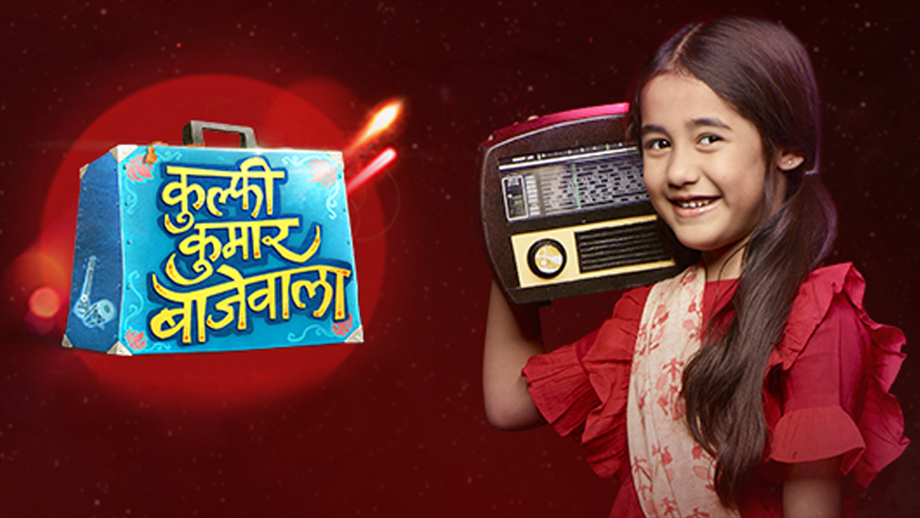 Nothing stirs the heart-strings of Indian TV viewers better than entertainment that features cute-as-a-button kids, with million-dollar smiles and soft, innocent eyes. Harshaali Malhotra in Bajrangi Bhaijaan, Darsheel Safary in Taare Zameen Par, Naman Jain in Chillar Party, Parzan Dastur in Kuchh Kuchh Hota Hai are some that we can recall off the top of our head.

Ladies and gentlemen, presenting the latest entrant in the list of kids who have stolen a million hearts with their angelic looks and sweet acting- Aakriti Sharma, the six-year- old cherub who plays little Kullfi, in the latest Star Plus show, Kullfi Kumarr Bajewala. Star Plus has definitely hit pay dirt with this one!

The show is set in the tiny hamlet of Chirauli, in Punjab. Little Kullfi is gifted with an inherent talent for music. She’s nothing short of a musical prodigy– she picks up tunes swiftly and easily, finds music in everything, and is bestowed with a soul-captivating voice. Kullfi has a knack for composing songs out of nowhere, on seemingly mundane, everyday matters- on garam parathas with ghee ki dhara, on ABC and multiplication, on cows and goats, on rain, on butterflies, and on her beloved Mata Rani.

Yet, even as music oozes out of every pore of her being, Kullfi’s mother, Nimmo, played by Shruti Sharma, forbids her to sing. Kullfi’s father is the famous singer/composer, Sikander Singh Gill, who has supposedly deserted Nimmo, in favour of pursuing musical stardom in Mumbai. Hence, Nimmo’s visceral hate for anything to do with music. Nimmo tries with all that she’s worth, to leash Kullfi’s love for music, but in vain. Incidentally, Kullfi was supposedly born out of wedlock.

Kullfi and Nimmo live with Nimmo’s brother, Sattu (Romanch Mehta), and his wife, Nihalo. Nihalo, played by Pallavi Rao, is your typical mean-spirited Bhabhi, out to make a fast buck from Kullfi’s musical talent. She often keeps Nimmo and Kullfi hungry for long periods of time as punishment for trivial issues. Kullfi, however, takes recourse to her music to keep herself in good cheer, singing lively and funny songs to make light of the situation– ‘pet bechara’ is one such shining number.

Sikander (Mohit Malik, looking dishy as ever), in the meanwhile, is married to spoilt brat, Lovely and is father to an even more spoilt brat, Amayra. He’s living a melancholic life in Mumbai, crushed under the burden of favours granted by Lovely’s rich, businessman father.

The story line is interesting and attention-grabbing. One thing that rankles is how the story swings back and forth between Chirauli and Mumbai- too swift for our liking. Other than this minor fact, we can’t find anything to criticize in the screenplay. The dialogues are very good, Kullfi’s in particular- truly out of the mouth of babes. In one touching scene, she tells Nimmo, “Maa, tu maar le par daant mat, tu daanti hai to tujhe khaansi aa jaati hai na”. Kullfi’s lines give you a lump in your throat, really.

The music and songs are brilliant- melodious and effervescent at the same time. Rather than being irritating distractions, they add to the story, making the show a delight to watch. Bollywood film-makers could learn a thing or two about the strategic placements of songs, from this one!

All the actors have performed superbly. Mohit Malik is eminently watchable, although a bit monotonous. Shruti Sharma is very much into her character Nimmo. Myra Singh, the little artist playing Amayra, is just the right touch of obnoxious; despite her spoilt-brat character, the girl is quite likeable. Anjali Anand, as Lovely, is thankfully restrained and not too loud, in spite of the negative leanings of her character. She mouths her lines in measured tones, when she could very well have been loud and shrewish. Romanch Mehta as Sattu is apt and doing a good job.

However, one performance that is a bit tough to digest is Nihalo’s. Pallavi Rao is loud and screechy, her character comes out as one sore thumb in the plot. Guess amidst all the sweetness that little Kullfi has been bestowed with, there had to be one extremely opposite character to keep up that balance!! Pallavi Rao though can get a bit low on her dialogue delivery is what we feel!!

Aakriti Sharma, as little Kullfi, is so adorable, that she has you totally, utterly enraptured. Her acting is dazzling, and she shines like a beacon amidst the squalor of her surroundings. She imbues every scene with her particular brand of joie de vivre, which is so infectious that you are left feeling bubbly and upbeat, long after she’s gone from your TV screen. She’s a great find, and more power to her.

We cannot say enough good things about the show and its little angel. And that’s not just our view. Even a cursory glance at social media will tell you how enamoured viewers are, with little Kullfi’s antics. After a long time, we have a show on Indian TV that is actually good and truly watchable. The makers, Gul Khan and Nilanjana Purkayasstha definitely have a winner on their hands. Take a bow, ladies!

We at IWMBuzz.com credit this effort of Kullfi Kumar Bajewala with 4 out of 5 stars.