Yehh Jadu Hai Jinn Ka the Star Plus show has come up with its first episode and here is what we feel about it. 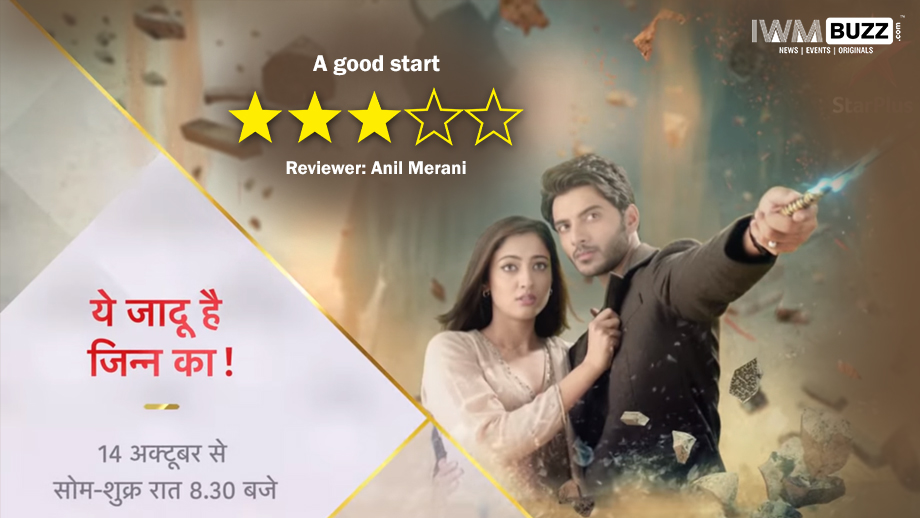 I am not much of a daily soap watcher, my mojo being edgier online stuff. But then I had been waiting for Gul Khan-produced Star Plus fantasy show, Yehh Jadu Hai Jinn Ka.

Must say the first episode which dropped on Hotstar a couple of days back, did impress me.

The story is nothing new, just another version of Nazar, albeit with a Muslim twist.

But yes, the visual effects were grand. Aman (Vikram Singh Chauhan) uses his powers for his daily chores and prevents the mazhar from crashing (see below).

Aman’s Abbu (Sushant Singh) had taken help from a Jinn to become rich, but then had forgotten to keep his end of the bargain of giving his son to him. And as it is said, Jinns always come back. The opening scene of the Jinn destroying a car sent chills down my spine.

Here, the kid has now grown up with powers that he can’t explain.

Aman’s grandmother and mother (Smita Bansal) are very scared of the Jinn coming back and taking him away.

Cut to the other side, we have beautiful and innocent dancing girl Roshni (Aditi Sharma), who wants to embrace a most respectful profession (bakery). She always seems to be surrounded by birds (great CG again). Aman’s father had tried to kill her as an infant, but the birds had saved her.

Both Aman and Roshni bump into each other at the mazhar and have a fight. An angry Aman destroys her car when she pokes him about his dad, his Achilles heel.

But then Jinn turns up to destroy the mazhar but Aman saves the day.

This, in a nutshell, is what all of you saw in the first episode.

Vikram acts well as a guy who does not know why he has powers. He is someone who is looking for purpose and his dad.

His grandmother is a sweet lady who is trying to be mod. Her banter with Aman is fun.

Smita Bansal does what an on-screen mother’s calling is – worry and cry.

Aditi looks very beautiful and brings out the innocence of her character with élan. Her repartee with her foster mom (Garima Singh Vikrant) over the MLA customer was fun.

Should they not have dad Sushant Singh colour his beard, since they were showing flashback scenes?

The visual effects, as mentioned above, are good, keeping you engaged. Hope the story is equally engaging.You eventually need high drama to make audiences come back, night after night.

So far Gul has ticked all the boxes. The first episode clearly tells you what to expect. There is no beating about the bush. It is an unapologetic, all-out fantasy drama. So those who find flying stuff outlandish – don’t even bother to tune in.

Let’s see what characters talented actors Jayati Bhatia and Seema Azmi get as the story opens up.

Since Gul has a reputation of delivering hits across genres, (Nazaar, 11 pm slot and Ishqbaaz), there is a lot riding on her. Apart from fantasy, Jadoo will also be a love story as Aman is about to get married. No surprises, he will flip for Roshni and all hell will break loose, given her background.

Since Gul speaks to the youth more, her shows have higher traction online, as opposed to TV. So it would be interesting to see the Hotstar numbers. I am sure by now Star would have come to know if all the pre-release hype was worth the effort by studying the number of online views before the show premiered yesterday night on the tube.

If Hotstar numbers are great, then even if Yehh Jadoo does not generate super high TRPs, it will be safe, but if online fails to generate traction, TV ratings will become very important.

And just going by the grandeur of the first episode, the budgets for the show are surely on the higher side, so turnaround time has to be less (numbers will need to come ASAP).