The medium has always delved on the popular subject… 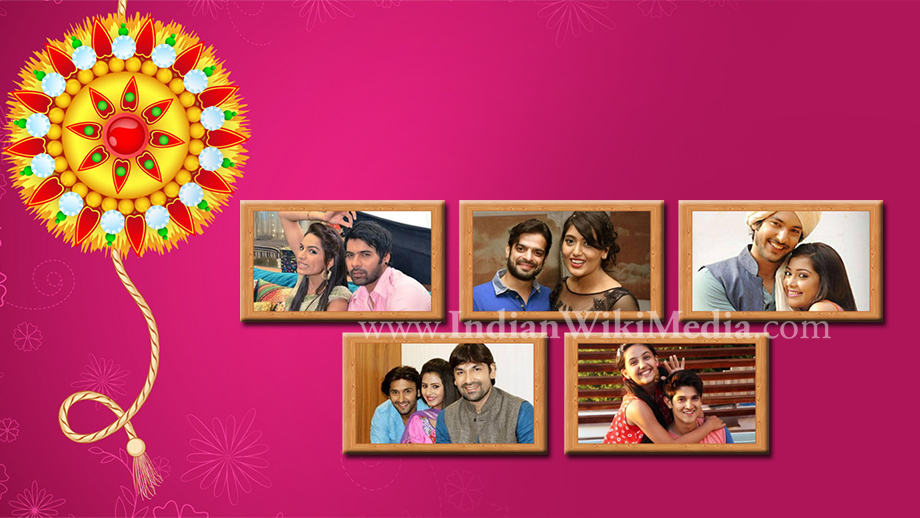 To begin with, the entire team of IndianWikiMedia would like to wish all its readers a very Happy Raksha Bandhan.

Today is special day which has its pivot on fellow felling, positive threads of bonding and human welfare. Indian TV and its major components have always been a reflection of myriad family relations which form the bedrock of our age old heritage.

Bhai behen ka rishta is a palette with myriad hues. You keep picking on each other and constant bickering finds its cute little space in the relationship contours, having said that the two stand by each other like the Rock of Gibraltar when the chips are down.

In Star Plus’ popular and iconic Veera, the brother did everything for his beloved kid sister, right from childhood.  It focused on many aspects which normal brother-sister face in real life.  Agreed there were element of  melodrama, but that’s creative liberty and quintessential entertainment.

Here we must credit the performances of Shivin Narang and Digangana Suryavanshi, who brought life into their respective sibling characters. The fact that they regarded themselves as real life sibling off screen really helped matters.

One more show which caught attention was & TV presentation Begusarai, which focused on the relationship of three older brothers (Sartaj Gill, Darshan Dave and Aru Verma) and their beloved kid sister essayed by Richa Mukherjee. Any sister who has strong arm brother is not troubled by any ruffian. The flip side is that in such cases many times the brothers don’t appreciate the guy the sister likes.This sometimes leads to cases of honour killing in extreme case.

TV has no doubt spoken about pertinent issues revolving around brother sister relationship but these topics certainly need more layered examination.  What drives men who love their sisters to kill them in name of honour is a subject which can be dealt in detail and more awareness can be created around it.

If one aspect of the above relationship has been done to death in most shows is the bhabhi-nanand equation as women are the core audience.  As a guy, one would just pray that a time comes when what a man feels when he is sandwiched between his loving wife and caring sister is shown with dignity. It is like being caught between the Devil and the deep blue sea

The brother-sister equation has a lot of fun and banter especially in the teen and growing years.  A perfect capture on screen by Ashnoor Kaur as ‘Naira’ and Rohit Mehra as ‘Naksh’ in landmark show Yeh Rishta Kya Kehlata Hai’.

Reel mostly apes the real. Apart from the above mentioned shows, there are many shows which have strongly played on brother-sister relationship track. Be it the adorable Raman-Simi Bhalla relationship in Yeh Hai Mohabbatein or the spicy haughty rapport between Alia-Abhishek in Kumkum Bhagya. However, with changing times, the writers can sink their teeth deeper into the subject.

It is really ironic that all this bonding sometimes flies out of the window when siblings grow up and have their own families. Egos and mostly importantly property rivalries   get so bad that sometimes siblings end up hating each other. Hope the meltdown in such a cherished relationship could be shown on TV with the required maturity and like always, the precious bond increases with passing time.