The hype and excitement around Avengers Endgame has reached a deafening crescendo. After the emotional cliffhanger that Avengers Infinity Wars ended on, with half of our beloved superheroes wiped off by Thanos’ definitive finger-click, almost everyone and his uncle is hankering for closure, the closure they hope will come in the grand finale of this Superhero tryst with pure evil. Will the Avengers’ final blaze of glory prove to be the pièce de résistance we all hope for? Well, other than a direct hotline to the Russo Brothers, only a trip to the theatres will give us the keenly-anticipated answers to all of our questions.

In the meanwhile, we, at IWMBuzz, dreamt up our own version of the Marvel Cinematic Universe, one where our darling TV actors morphed into the equally-adored Avengers. So which actor transformed into which Avenger? Here’s the dope – It makes sense to start with the leader of the tribe – Captain America. And what do you know, our very own MohitRaina transmogrified into the strong, wilful leader that is Captain America. The Superhero zips across enemy lines with style and dexterity, lending incredible value to Team Avengers with his topnotch lead-from-the-front bravura. Likewise, MohitRaina adds a dashing decorum to the TV fraternity with his style, flourish and never-say-die attitude. Aye aye, MohitRaina makes a fitting Captain America indeed! Unbelievable strength and staying power, coupled with that cheeky grin and heart-stopping good looks – Thor’s the darling of every Avengers’ fan for these very reasons. And hey, before we know it, Shaheer Sheikh’s transformed image as Thor swims before our eyes! Who better than the good-looking, strong performer,Shaheer, as the invincible Thor!Attaboy! Ooh, suave and sophisticated, ingenious and good-looking, Iron Man is our man for all fights, arright! And whaddayaknow?Is that Zain Imam, looking smug and sexy as Iron Man? You bet it is! Just like Tony Stark, you never know what weapon Zainwill conjure up next, to slay his legion of fans and admirers! You rock, dude! Edgy and electrifying, enigmatic and erudite – yes, you got it right….Dr Strange it is! And the mystical and mesmerizing Nakuul Mehta transforms into the magic man, right before our eyes! How’s that for an abso-whoa-lutely nifty trick, eh! 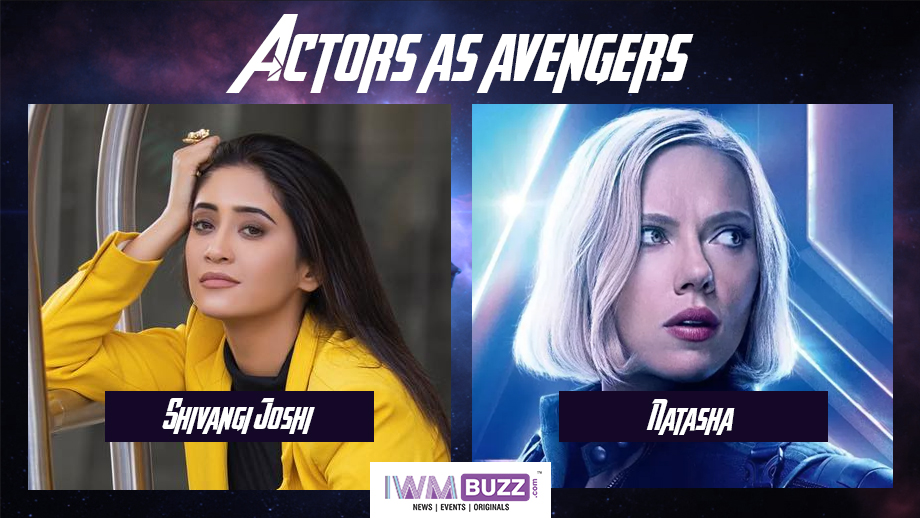 Femme fatale Black Widow…ah, the embodiment of an agile mind in an agile body! Shivangi Joshi, lithe and supple, sharp and bright. And when the twain meets, the result is bound to be explosive! You go, girl Your friendly neighbourhood Spiderman is our boy-next-door, RandeepRai. The combination of chutzpah and charm is explosive in both. But hey, what’s this….we really can’t tell one from the other! You nailed it, Spidey! Dexterity and deviousness, thy name is Ant Man; no wait, it’s Mohsin Khan! What the…..you two rock, guys! Now how ‘bout sliding up Thanos’ you-know-what, and making him pay hell?

Barun Sobti as The Hulk 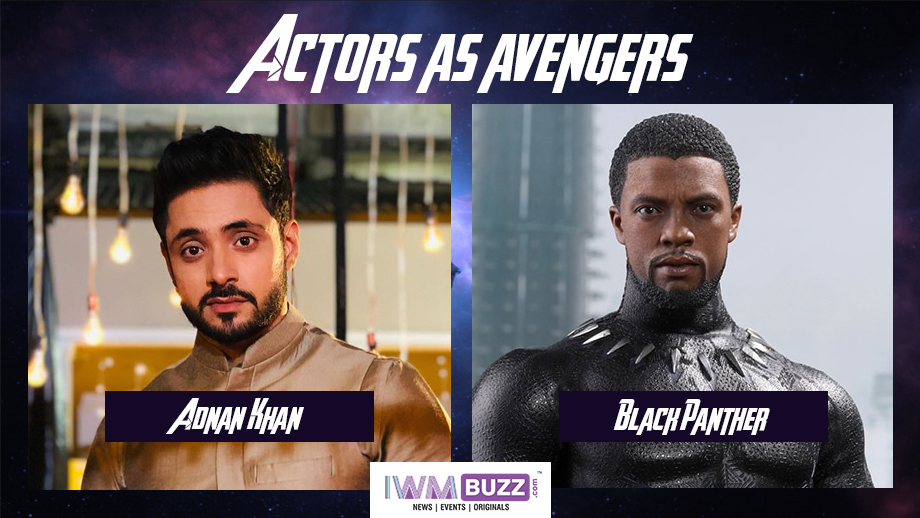 Intuitive and inspiring, Black Panther, the confident King of Wakanda lets his unmistakeable style and valourdo the talking for him. But, whoa! Adnan Khan, the King-in-waiting of the TV world, rules the hearts of his admirers with his intuitive acting and style. A worthy Black Panther, if ever there was one! Confident and consistent, the venerated veteran, Nick Fury, brings clarity and calmness, with his presence in many a tough fight. And lo, before our very eyes, our own battle-scarred warrior of TV, Shabbir Ahluwalia transmogrifies into an imposing Nick Fury! We’re mighty impressed…we sure are! Astute and ambitious, the alluring Captain Marvel’s chameleon-like adaptability to the toughest of situations makes her the Avenger to watch out for. And which of our enticing TV babes fit the bill? Before we can figure out what’s happening, Hina Khan takes over the mantle! Good going, girl! The quintessential comrade-in-arms with a power-packed punch, that’s our KunalJaisingh! And we watch, mesmerized, as Kunal transforms into…..Bucky Barnes!What a move, mate! Perfecto! Who doesn’t love Hawkeye, the cute dude with the razor-sharp vision? Just as we love ParthSamthaan – cuteness overloaded, but with a hawk-eye on his future moves in the TV industry. And of course, nothing can stop Parth morphing into Hawkeye. Apt, isn’t it? Passionate and persistent, the fiery Maria Hill has determination written all over her when she gets onto the Superhero battlefield. Who would’ve thought winsome Erica Fernandes would transform into Maria when the time comes! These Avengers you know, they’ll spring a surprise when you least expect them to! 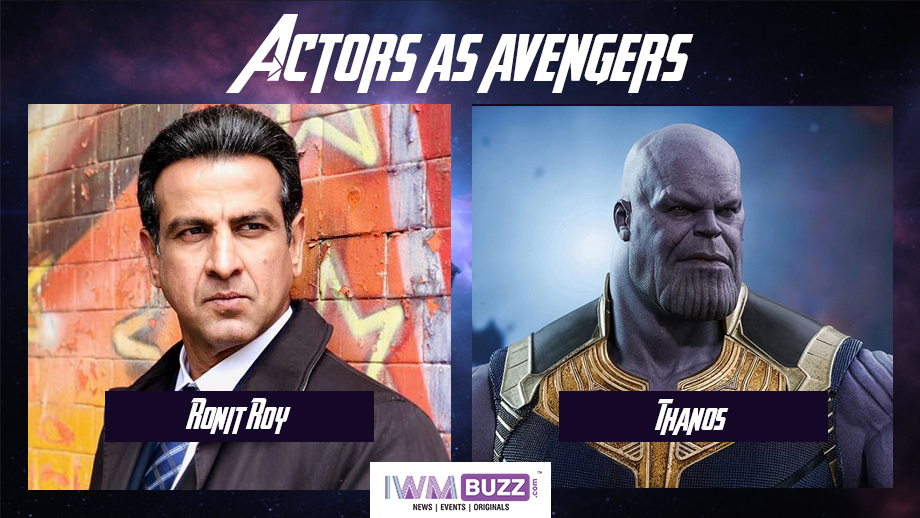 And now for the Big Daddy himself – the mighty Thanos – the one who’s brought the world to its knees. We just can’t imagine anyone but Ronit Roy as the imposing, invincible force. As the Big Daddy of the TV world, Ronit has the power to annihilate the best with a snap of his finger. As if on cue, Ronit slowly transmogrifies into Thanos, and we watch as our jaws drop to the floor! Mic drop!

We hope you enjoyed reading our take on the Avengers vis-à-vis our cherished TV industry. Do share your comments and views on whether you agree with our choice of contender for each Avenger. "Love Is In The Hair”: Avneet Kaur And Shivangi Joshi Looks Drop-Dead Gorgeous