Hemann Choudhary injured on the sets of Colors show 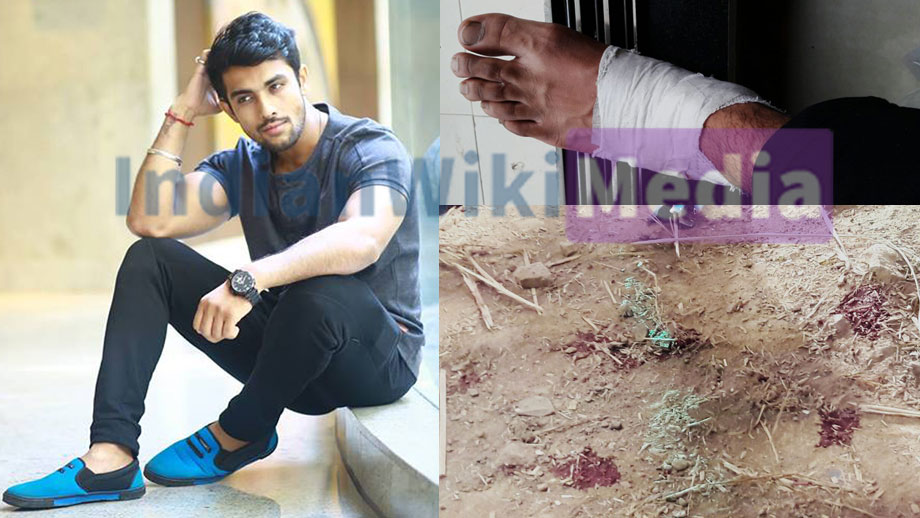 Actor Hemann Choudhary who essays the role of the baddie Tej in Colors’ Laado – Veerpur Ki Mardani (Dhaval Gada) is always at his venomous best onscreen!! For a change, the actor was at the receiving end when a freak accident on the set had him bleeding in a split second!!!

The sequence in question was a huge interaction of Ammaji (Meghna Malik) and Rantej (Dakssh Ajit Singh) wherein the former was holding a gun while the latter had a drink bottle in his hand.

In the sequence Rantej had to break the bottle to scare Ammaji. But then when Dakssh did so, a sharp piece of the bottle leapt in the air and landed directly on Hemann’s leg (who was standing near them).

A source from the set cuts in, “Even before Hemann could understand that he had an injury, there was a pool of blood all over his leg. The glass piece had directly entered his left leg and cut a vein. And owing to this, the bleeding just did not stop. The actor was rushed to the hospital. Though he required stitches, Hemann went in for a proper dressing to the wound.”

When contacted, a low sounding Hemann told us, “Yes that was a very freaky accident. All of a sudden I was bleeding. My left leg is in pretty bad shape. I am advised to be careful with my walk, not exerting the cut vein in the leg. I will be shooting later in the day today. I am thankful to the team of Laado for attending on me and rushing me to the hospital quickly.”