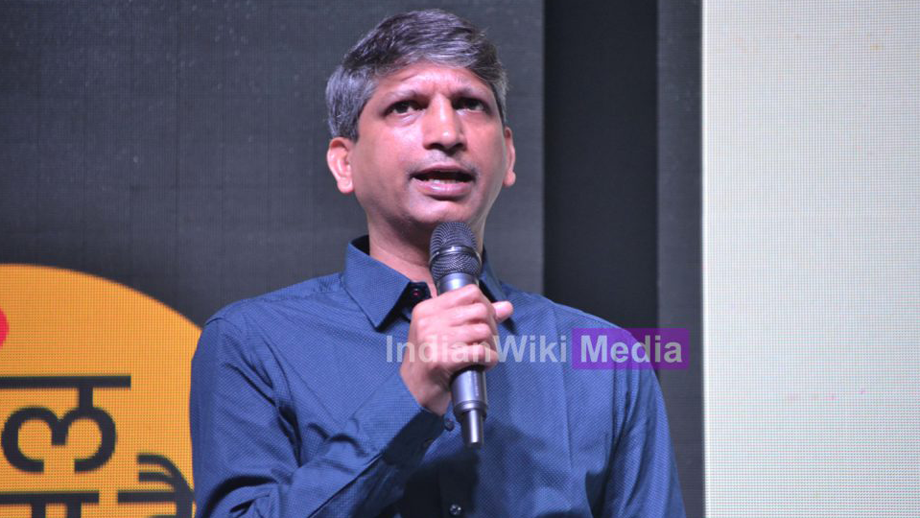 Meet Deepak Rajadhyaksha (Deputy Business Head, Zee TV) and you will immediately find a connect with his persona, which is vibrant, passionate and has a veneer of intelligence & experience, which makes him a cut above the rest.

Under his able aegis, Zee TV has found a solid footing in the Hindi programming genre, drawing audience in hordes, entertaining, engaging with the masses and also amplifying brand connect, augmenting business prospects.

Woh Apna Sa is one show which is a jewel in the conceptual crown of Zee TV (in recent times), which has seen a rise in popularity over time.

However, it did ruffle feathers when maker of Woh Apna Sa, Siddharth P Malhotra of Alchemy Films quoted stating ‘financial woes’ and moving out of the project.

Now, at IndianWikiMedia, we believe and live by the idea of real credible journalism and make all necessary attempts to put across all sides of the story.

Accordingly, we did connect with Deepak. After a gracious welcome conversation, he shared the core of the matter which led to Alchemy’s exit.

“There is absolutely no financial angle to it. Siddharth did mention to us about his desire to move out of the project couple of months ago. He did create the show and it has connected with the audience. He mentioned of keeping busy with the release of his upcoming film and not being able to give time to Woh Apna Sa. Last night, thus, Alchemy opted out. It was his call, nothing to do with us.”

So what about his claims of the show getting an extension and monies being the reason for his exit? “I have no idea why would he say that. The show is yet to complete a year and extension talks are still on. It’s a good project, and now that Alchemy is out, we will get on board a good production house to continue with the journey. Decision will be taken soon,” summed up Deepak.

Well, now we have the story come full circle. As a publication, we are not here to judge who is right and who is wrong…only report what is correct and be the voice of people. Now that we have both the versions out, we can only hope that loyal admirers and fans of Woh Apna Sa continue to enjoy watching their favourite serial. As they say, ‘the show must go on’.