Here is an update on Parth Samthaan’s movie status... It’s raining news on the popular heart-throb Parth Samthaan!! Yesterday, we at IndianWikiMedia.com reported about Parth being considered along with Tanya Sharma for Rashmi Sharma’s next on Star Bharat.

Parth who rose to great heights of popularity with his MTV show Kaisi Yeh Yaariaan has mostly been in news in the recent times for his personal life turmoil. However, the probable return to the small screen medium that made him famous in the first place, is indeed happy news to our ears!!

But this has actually led to speculations over the future of his long-awaited romantic comedy flick, Googly Ho Gayi.

Unlike others, we had not broached the subject of the above Subhash Singh produced film, for we needed details.

Today we reached out to Subhash who is currently busy doing Katrina Kaif’s make-up in Tiger Zinda Hai. He informed us, “Shooting is complete, sans two songs.  Even the dubbing is done. I will need to sit down with Parth and get the dates to complete the above songs, as he is now busy with his new TV show.  I am sure we will work it out as he is very cooperative.”

When asked about the release of Googly Ho Gayi which also stars South gal Poonam Kaur as the female lead, Subhash who is next making a slew of regional films said, “We have signed a deal with a big exhibitor who will release the film. The date of release and other issues will be jointly decided in consultation with our partner.”

On the fact that Parth will be needed for the promotion phase of the film as well, Subhash exclaimed, “Yes it should not be an issue, as everything is under contract and as mentioned above, we have a good working equation with him.”

In closing, Subhash when asked about the entire fracas involving Parth and his alleged ex romantic partner Vikas Gupta in which he also got involved said, “I don’t have any personal equation with Parth. He was my film hero and hence I had to protect him. Now that my shoot is over, I will not really get involved anymore.”

Googly Ho Gayi also suffered due to the above controversy. “My financers ran away. I had to complete the film with the support of other financers who are also backing my above new venture as well.”

We really hope Parth’s fans are soon blessed with the fact of seeing their favourite, both on the small screen as well as the big screen!! 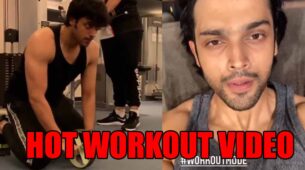