What happened when the Yeh Rishta team got caught in the high sea with the engines of their yacht failing? It’s not simply said that the team of the popular Star Plus and Director’s Kut’s long-running show, Yeh Rishta Kya Kehlata Hai has sailed through all the ‘rough weathers’…

Well, in the recent schedule shot in the exotic locales of Greece, the team indeed faced the setback of getting caught in the most unfavourable situation in the high sea!!

Yes, this is an IndianWikiMedia.com exclusive story!!

It so happened that a very small team of Yeh Rishta got into the high sea in a yacht wherein they had to shoot a very romantic song. The team that travelled with the actors included Creative Director Garima Dimri, Creative Producer Vivek Jain, Director Romesh Kalra and Producer Rajan Shahi.

While Rajan and Romesh stayed on the upper deck, the team shooting the sequence along with the actors was stationed in the lower deck of the yacht.

It was indeed a great scenario with Mohsin Khan and Shivangi Joshi shooting a very intimate romantic song. But as they got involved in their shoot, they were not at all aware of the impending danger.

A credible source tells us, “As the team was happily filming the sequence, Producer Rajan Shahi was informed by the crew of the yacht that both the engines had stopped functioning and they were in a spot of bother. This took the Producer by shock and he immediately had a word about this with his Director. The two of them decided not to announce it to the team members, but look for a way to handle the situation.”

We hear that soon the situation got really serious as at the time when the yacht had to reach the shores, it started drifting in the opposite way, right back into the high sea. Meanwhile, Rajan who had a walkie-talkie with him connected to Garima through the device and told her that they were in soup. However, Garima who was with Mohsin and Shivangi did not tell them anything and handled the situation very well.

Our source further shares, “Garima was the true heroine of the day, as the actors did not even realize the gravity of the situation till very late. While Rajan was co-ordinating with Garima on walkie-talkie about the situation, she kept them occupied.”

In fact, we believe that Rajan and Romesh were also planning to call for the emergency pick-up service, and were prioritizing that ladies will be the first to get evacuated.

However, we can say that divine intervention did play its role here…

All of a sudden, one of the engines started to function all by itself and this was when the creative think-tank of Yeh Rishta breathed a sigh of relief.

When contacted, Mohsin Khan told us, “The ferry ride proved to be a little too adventurous. The ferry sequence is a very important one in the Greece schedule, where an intense drama and a song is shot. Once we were done shooting, we got the news that the engines of the ferry had stopped working and it slowly was drifting into deeper water.”

Shivangi took over from where Mohsin left us and said, “A small unit was shooting on the boat and we had each other for support. The team had called in for the emergency rescue team when one of the engines started working again.”

We contacted the person who held her cool amidst all the chaos, Garima Dimri, Creative Director, Yeh Rishta and appreciated her efforts. She said, “Yes, it was indeed a tough ask. Actually I was the one who was with the actors while Rajanji and others were at the upper deck. As we were sitting and enjoying the ride post the shoot, I realized that the yacht was actually going the other way, rather than taking us to the shore. That was when I turned back at Rajanji, and I immediately knew from his expression that there was something wrong. We talked over the walkie-talkie and he told me to handle the situation there so that there was no panic. Even though I knew everything, I held the team occupied. I asked them to start singing, even as they too noticed the yacht drifting away. But I took their eye off that and put their minds towards enjoying. Only later did they come to know that they were in danger. Yes, it was a very bad situation as Rajanji was actually arranging for emergency pick-ups. Thankfully, we did not need all that. God is Great.”

Wow!! This is indeed a tale that gives goose bumps!!

Must say, the Yeh Rishta team has it in them to battle any rough weather.

Way to go, Yeh Rishta Team!! May your positive energies lead up to higher levels of popularity and success… 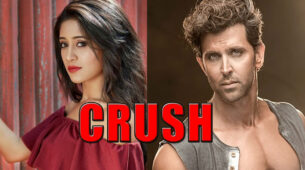