Surbhi Chandna gets into a Twitter skirmish with a fan For any big actor, fans are both a boon and a bane. When actors out of goodness try to stay in touch with their fans, some take extreme liberties and start getting personal.

The super talented and hot looking Surbhi Chandna, last seen in Star Plus medical Drama Sanjivani, has become the latest victim to the above malaise.

Surbhi, who also boasts of a substantial social media presence, regularly connects with her fans on Twitter and Instagram.

But today, her witty comment on a fan, that she seemed to know personally, went to a different tangent with the latter claiming to be slighted by the star. Other fans too joined in the melee trying to school Surbhi in fan conduct.

Surbhi also stood her ground with dignity and her other fans again leapt in and defended their star from what they allege as body shaming.

It is high time fans realized that actors being human will not take too much crap.

We tried to get in touch with Surbhi to solicit a comment but we got none till the time of putting the article to bed. 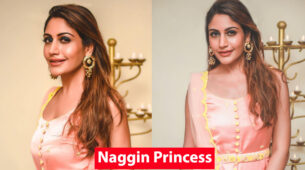 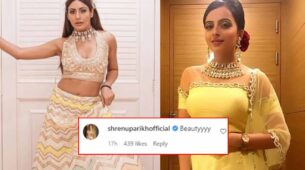