There seems to be trouble in Karanveer and Devika's relationship... From being school friends to becoming lovers and later enterting into wed-lock, actor Karanveer Mehra and Devika Mehra’s love story has been nothing short of a fairy tale.

Yes, they do say ‘Marriages are made in heaven’!! But it gets tad bit tough when marriages hit a rocky patch for various reasons starting from incompatibility to having huge difference of opinions when it comes to the outlook towards life.

We can say that the same is presently happening with the Pavitra Rishta star Karanveer Mehra and his wife, Devika Mehra.

We are given to understand that their marriage has gotten a jolt, owing to which the two of them have apparently decided to walk on separate paths. Karan and Devika got married in the year 2009.

A credible source tells us, “Karanveer and Devika’s marriage seems to be in trouble.  There’s a buzz that the two are already separated.”

Sad, indeed, as the lovey-dovey story of both of them getting married even without their families knowing, still is fresh in our memory.

With the nugget of info, we buzzed Karanveer, who told us, “I will not like to comment on this.”

Devika on her part said, “I will not like to talk about this. I am not even a public personality, so I will want my personal space. You can talk to Karan on this please.”

In a sincere bid to report right, we did get in touch with a friend of the two of them, who said, “They are already divorced.”

Karanveer Mehra is known for his acting prowess both on the small as well as big screen, while Devika is a fashion designer by profession. There are reports in the media of Karanveer apparently dating Ankita Lokhande (Pavitra Rishta fame).

How we sincerely hope that Cupid strikes once again, and keeps this Jodi together for their lifetime!! 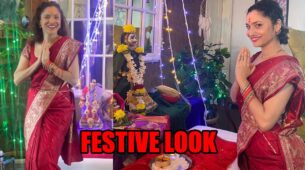 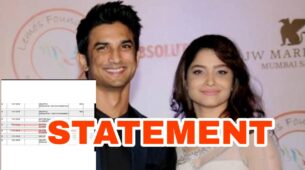