Avinash Mishra was in pain as he whipped himself for an emotional sequence in the Zee TV show, Yeh Teri Galliyan. Read this news here. 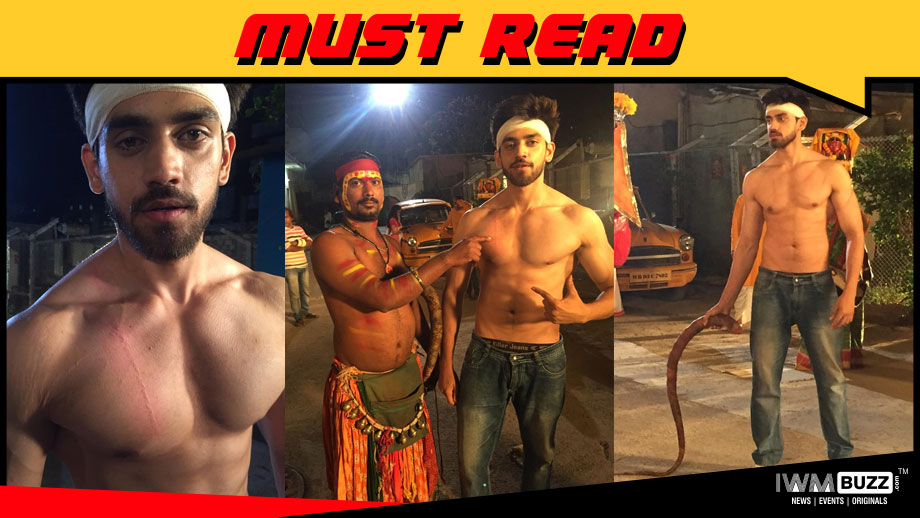 Yeh Teri Galliyan’s Talented actor Avinash Mishra aka Shantanu is a perfectionist to the core!!

And this was proved on the set of Yeh Teri Galliyan, the Zee TV show recently wherein Avinash aka Shantanu had to hurt himself for a major high point.

Yes, the popular Cinevista show will have an upcoming sequence wherein Shantanu will be shown hitting himself with a whip as in the case of self-flagellation.

As per the plot, Shantanu has been forced by his mother Nivedita (Raymon Singh) to throw Asmita (Vrushika Mehta) out of the house. After sending her out, Shantanu is engulfed with emotions, wherein he feels that he has betrayed on the girl he loved.

While he is wandering around thinking of Asmita, he comes across a group of people who are flagellants (people who hit themselves with whips as part of a religious act). And Shantanu will take the whip from them and punish himself for having been cruel to Asmita.

While shooting for it, Avinash was quite eager to give this emotional scene a realistic touch. And he ended up hitting himself quite hard on his bare-bodied chest.

Above all, we hear that professional flagellants were called on to shoot for this sequence.

Well, they say ‘No gain without pain’. And Avinash indeed was brave enough to go through this pain to get this act perfect!!

We buzzed Avinash for a quote on the same, but he was busy in his shoot.