Producer Vipul D. Shah, Optimystix talks about the journey of making the show Kya Haal, Mr. Paanchal which is slated to go off air. 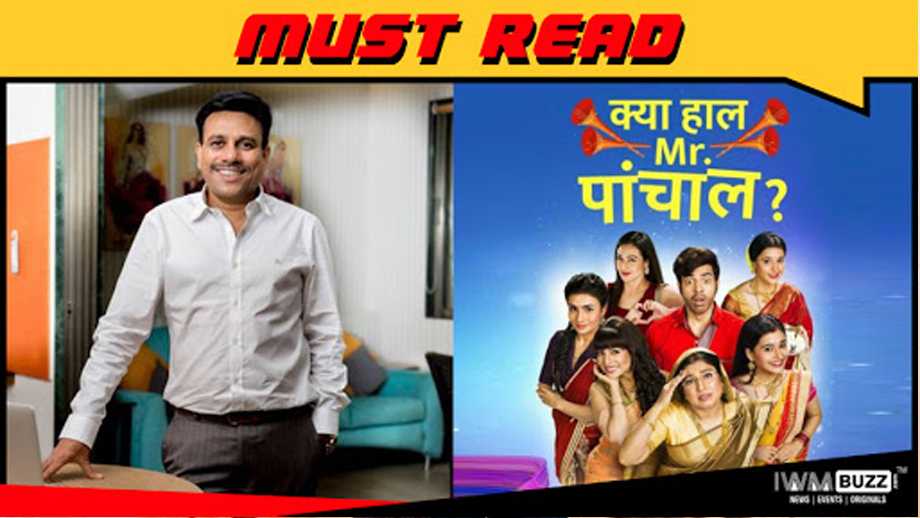 Kya Haal, Mr. Paanchal?, one of the flagship shows of Star Bharat produced by the renowned production house, Optimystix will be bidding adieu to its viewers in the New Year!!

The show which has been very unique in all ways has been a great entertainer, spreading the message that greed can put you in problems that you would have never imagined.

A total laugh riot, the channel and makers came up with very interesting story tracks that revolved around Kanhaiya’s struggle as he led his marital life with not one, but five wives.

With the news coming out in media about the noted show going off air, we at IWMBuzz.com had a hearty chat with Producer Vipul D. Shah, Optimystix to know his thoughts on the remarkable journey of the show.

Says Vipul confiding a very interesting coincidence related to the show’s off air date, “The episode at which we will end Kya Haal will be the number 420. This will be the beauty of it, as it has been a very happy-going show. We have had a beautiful journey. What I like about it is that the show has always stayed at 1 + on the ratings chart. We have not dropped this rating at any time. We have also been channel drivers for sometime.”

He says, “I believe that a humorous show will have a certain shelf-life as we cannot play around with the usual drama seen in normal soaps. We really enjoyed the journey involved in making it. We are thankful to Star Bharat for giving us an opportunity to make such a show. It is a very difficult show to make, with a man with five wives.”

“The show will always remain very close to my heart. I have worked hard on it. As I said, it is a very difficult show to make. The whole idea was to work around a very unusual concept. The story is not about a person who willingly goes ahead and marries five girls. It speaks about the greed of a mother-in-law to get a daughter-in-law with all attributes. Greed leads to mayhem is what we wanted to convey. We succeeded in conveying the message across to the viewers and were applauded and appreciated for our efforts.”

Lastly, Vipul promises the loyal watchers of Optimystix shows that they will soon be back with yet another interesting concept. “We like to entertain people, with hope and positivity always visible in our concepts. This has been our strength at work and we will continue to come up with good concepts that people will have a liking towards.”

Thank you for giving us a show like Kya Haal, Mr. Paanchal!!