We make shows based on concepts and not on longevity: Producer Rashmi Sharma
Subscribe Now
Television | Personalities

Producer Rashmi Sharma gets talking about her new show Roop and on her earlier success stories. Well-known Producer Rashmi Sharma, is tapping into the current anti-rape sentiments post Kathua, and has now come up with a show  which tackles the need to change the mentality of men for the betterment of society. The show is titled Roop – Mard ka Naya Swaroop.

Says the ace Producer, “Our protagonist, Roop (Affaan Khan), is the new-age man (now, boy), who is full of compassion, one who would tend to an accident victim rather than just click selfies.”

“He loves and respects both his parents (Mitaali Nag and Yash Tonk), but understands that his mother puts in more hours than the father does. Having lived with so many women (mother and sisters), he understands where women come from, and is ready to walk shoulder to shoulder with them, rather than trying to be like most sons and brothers who want to supersede the women folk of the household.”

Is there a chance that Roop’s character, once grown up, might be shown as effeminate due to TRP pulls and pressures? “No, we still stick to our theme. I wish to make it clear that his positive qualities are not based on any gender; but yes, he will not shy away from chipping in with housework, unlike most traditional men.”

“As for ratings, no one can predict them. If something really drastic happens, we will cross that bridge when we come to it,” she adds.

Rashmi, who has made several superhit shows over the years (Saath Nibhana Saathiya, Sasural Simar Ka, Swaragini – Jodein Rishton Ke Sur, Shakti – Astitva Ke Ehsaas Ki etc.), credits her continuing success to her entire team. “We always remain true to our concept and soul, and here, I will like to name my husband (Pawan Malhotra), for he has handled Shakti with great sensitivity. It is based on a true-life incident in his hometown. We make shows based on concepts and not on longevity; some work while others don’t.”

“Our female characters are very well etched out. We write them as per the concept, and are not added just for numbers. Our vamps also have a proper grammar and story, underlining their actions,” she explains.

“Hailing from a middle-class background, my aim is not only to provide entertainment but also to give a message to society, like Roop saying it is time to change how men think.”

We then shift our attention to Sasural Simar Ka, which recently shut shop after seven long years. “One of the main reasons why this Colors show lasted as long as it did was because of its freshness– you were always expecting- what next? The story, when it ended, was completely different from what we started out with.”

“We played around with all themes, including social drama and the supernatural; agreed it earned both bouquets and brickbats. I learnt a lot from that show,” she confides too.

Rashmi, who also earned big-screen fame with the Amitabh Bachchan – Taapsee Pannu starrer movie Pink, admits that her struggle would have been different, had she not got her small-screen spurs. “Having said that, I will never look down upon TV, for it offers us avenues to tell stuff, which is not possible in films, given their limited time frame. Also, TV allows you to rectify a story, if you go awry at first.”

Best of luck for future endeavours!! 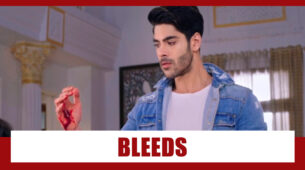 It's an honour to portray the role of Virat in Ghum Hai Kisikey Pyaar Meiin: Neil Bhatt 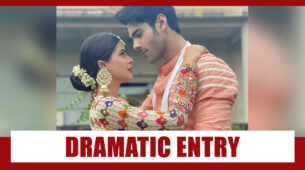