The entire cast and crew took Asnoor's advice and performed the scene which added to the authenticity. Lohri, a popular Punjabi festival marks the starting of harvest season. The festival is a big affair and celebrated with lots of fun and frolic in Punjab and other Northern regions. Recently the actors of Sony Entertainment Television’s show Patiala Babes, a story about the special mother-daughter relationship which is based in Punjab had a gala time shooting the Lohri sequence which will be an integral part of the storyline. Paridhi Sharma (Babes) and Ashnoor Kaur (Mini) along with Anirudh Dave (Hanuman Singh) shot the scene in chilly winters. The actors specially Ashnoor who is a Punjabi were all excited to celebrate Lohri on the sets in advance and enjoyed the bonfire to beat the winters.

Ashnoor was so thrilled about the Lohri sequence that she got involved with the preparations of the scene. In Lohri, people wish for prosperity and offer corn, sesame seeds, rice and jaggery into the bonfire. When Ashnoor realised that the team was not doing the rituals as per Punjabis, she jumped in and suggested the right way of doing the ritual. The entire cast and crew took her advice and performed the scene which added to the authenticity.

Talking about the scene, Paridhi Sharma a.k.a Babes said, “It was fun shooting for the Lohri festival in this pleasant cold climate of Mumbai, as we were shooting in the midnight. There is certain charm of our Indian festivals that enlightens our spirits. We were all excited to perform the scene in the outdoors with the bonfire, special festive clothes and the decoration. It was very sweet of Ashnoor to give her inputs while performing the rituals. She was very involved with the scene and her inputs definitely helped us to add to the authenticity.”

Gear-up to watch the Lohri celebration in “Patiala Babes” on Sony Entertainment Television! OMG: Why is Ashnoor Kaur feeling 'out of place' all of a sudden? 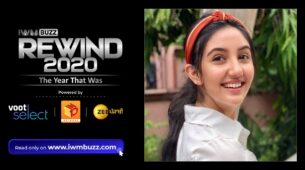 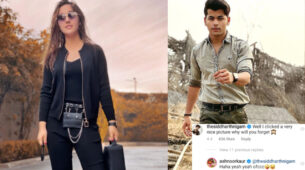