Anup Jalota will sing and entertain as the Rajkumar while his Rajkumaris will dance in the luxury budget task in Bigg Boss 12. 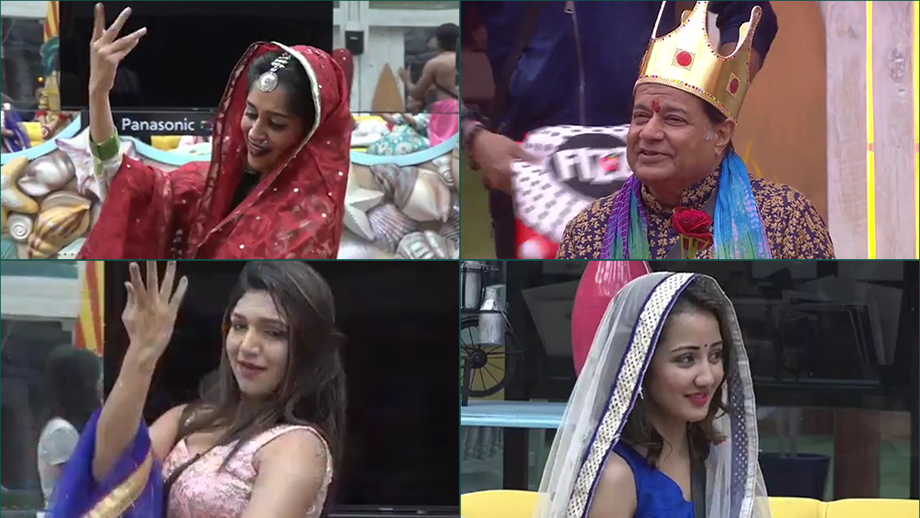 The luxury budget task in Colors’ Bigg Boss 12 had the singer Anup Jalota become the ‘Rajkumar’ of the house.

The girls in the house, Dipika, Kriti Verma and Roshmi Banik will be seen donning the avatars of being the ‘Rajkumaris’.

The ambience in the house turned musical with Jalota singing entertaining songs, which included the ones of Sunny Leone. The girls were given the task of impressing the Rajkumar with their dancing skills.

Songs like ‘Yeh Duniya Pittal Ki’, ‘Baby Doll Me Sone Di’ were sung by Anup Jalota. The girls were seen dressing themselves up as Rajkumaris, and dancing to the tunes.

As per sources, “The task for the girls was to receive as many roses from the Raja. And for the Raja, he had to determine and give the roses by watching the performances of the girls.”

Who will win the rose contest conducted by Rajkumar Anup Jalota? Which ‘Rajkumari’ will impress Jalota the most?

Watch out for all the action today in Bigg Boss 12.