From Arti Singh to Kapil Sharma to Rubina Dilaik we talk of 7 celebrities who have battled depression. Mental health has always played an important role in the success or failure of an individual!!

However, in the entertainment industry, there have been innumerable examples of actors suffering from weak mental health leading to depression. Few have encountered the problem bravely and have come out of it, with vigour and confidence. However, there are a few who have succumbed to it and have plunged into darkness by seeking the easy way out of suicide to end their lives.

Today we talk of the positives and actors who have successfully overcome this problem and are better-off today after this good learning curve.

Arti Singh in her Bigg Boss stint revealed that she was in severe depression as she had no work in hand for the last two years. After Waaris, she did not get any work and that led to her getting into depression. Arti had narrated her story of battle on the platform of Bigg Boss.

Kapil Sharma the ace comedian was at the peak of his career when he was hit by depression. Owing to his ill health, Kapil cancelled many of his shoots which lead to the gossip of him becoming too big for his shoes. However, the fact remained that he was battling depression and he ultimately got back after winning over it.

Dalljiet Kaur had a tough marital life after tying the knot with actor Shaleen Bhanot. She accused him of trying to kill her for the demand of dowry. Post the divorce battle that happened, Dalljiet went into a space of her own where she is said to have fought with her weak mental state. And when she got back, she emerged as the style queen.

Rubina Dilaik has also stated to media that there were phases in her life when she was too depressed. She took to yoga and meditation to overcome her weak mind and come out as the winner.

Deepika Singh after delivering her kid is said to have been in depression. Her fitness routine got her back her stamina and the zeal to live her life.

Shama Sikander suffered from bipolar disorder and went on a break for as many as two years. It is believed that she had even tried to commit suicide. Medication is what helped Shama get over her problem.

Gaurav Gera in a chat show revealed that he battled depression in the year 2014 and talked of this tough phase in his life. His creativity helped him get over it.

Harshita Gaur who appeared in Sadda Haq is said to have got into depression after the show ended. There was a time when she refused to see people and did not want to step out of her house. After meeting a therapist she was able to overcome her anxiety and problems.

Well, we have other actors like Vikas Sethi, Abhinav Kapoor, Chahatt Khanna, Karan Jotwani and many others who have combated depression on time. 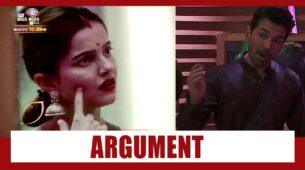