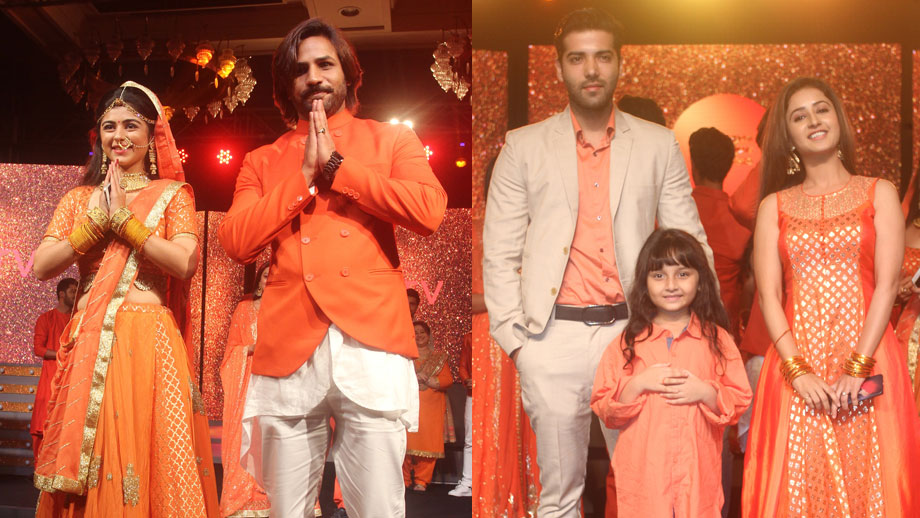 It’s time for celebrations galore on Zee TV! Two of the channel’s recently launched primetime fiction offerings, ‘Bhootu’ and ‘Jeet Gayi Toh Piya Morre’ are achieving their first big milestone by hitting 100-episodes each! Both the shows have captured the viewers with their interesting plot twists, nail biting drama and endearing jodis making them the audience favourites.

An Indian adaptation of Beauty and the Beast, Jeet Gayi Toh Piya Morre is set in the small town of Sujangarh in Rajasthan and focuses on the rivalry between two families The Chauhans and The Rajawats. The show chronicles the story of Devi Chauhan (Yesha Rughani) who is forcefully married to Adhiraj Rajawat (Krrip Kapur Suri) the son of the rival family. The story showcases Devi’s journey of transforming Adhiraj from a beast into the man of her dreams. To celebrate the 100-episode milestone, the makers and crew of Jeet Gayi Toh Piya Morre decided to get together and go out for a grand dinner.

Actor Krrip Kapur Suri who plays Adhiraj said, “As an actor, it feels great when your show completes 100 episodes, a first of many more milestones to come. Adhiraj’s character, so far, has been intense and has helped me evolve as an actor. Over the past 100 episodes, my co-actors and the makers have become my extended family, a pillar of strength and support to me. The fact that the audience is also appreciating our effort encourages us to give our best and entertain them! As we charge ahead towards the next big milestone, we look forward to entertaining our audiences with the endearing journey of Devi and Adhiraj and hope that they keep showering us with their love and blessings.”

Set against the backdrop of Lucknow, Bhootu narrates an endearing story of a child ghost Pihu (Arshiya Mukherjee) who is unaware of her death and is in search of her mother. So, powerful is the bond between Pihu and her mother, that even divinity bows down to her innocent love and keeps Pihu company in the form of Bal Gopal (Viraaj Kapoor). Bal Gopal is Pihu’s constant companion and comrade in her quest to find her mother. Along the way, she crosses paths with Shuchi (Sana Amin Sheikh) who tries to help her. Celebrating their milestone, the entire team of Bhootu celebrated on the sets by cutting a huge cake.

Actor Kinshuk Mahajan who plays the role Aarav, Shuchi’s romantic interest, said, “Every milestone is very special, but the first 100 episodes are more special because they are the official stamp of approval from the audiences of the show. The entire team of Bhootu has been working hard and it feels good to see our efforts paying off. The concept of Bhootu is very offbeat and I am very glad that the audiences are loving it. I hope that the team achieves many more such milestones in the future.”

Watch Bhootu and Jeet Gayi Toh Piya Morre every Monday to Friday at 6:30 pm and at 7pm only on Zee TV!