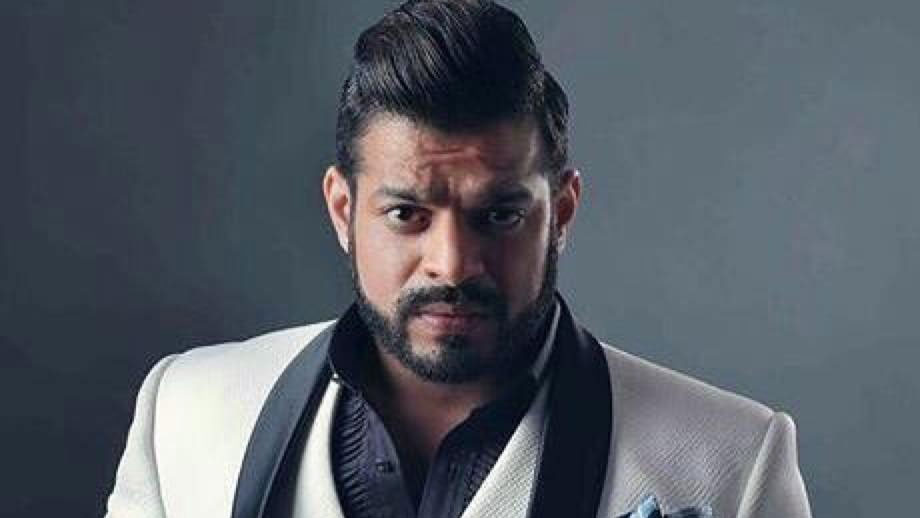 Content has to be the key factor in any form of entertainment, is what needs to be believed by one and all says Karan Patel.

Popular actor Karan Patel, who plays the lead in Star Plus and Balaji Telefilms’ Yeh Hai Mohabbatein recently took to social media to address this important issue of how actors from various mediums should not be looked down upon, and that their talent is what should matter the most.

Karan in his detailed description on instagram stressed on the fact that it was necessary for the makers to smell the coffee and realize the potential in an actor, before seeing his background and the medium from which he is coming.

He talked about the discrimination that TV actors face and how makers do not want to cast a TV actor on the general belief of the actor not being capable enough.

Karan also talked of how TV actors are huge icons and have large fan bases.

If you want to to check out the hard-hitting post of Karan, read it here.

I recently had a conversation with a friend about the implementation of a simple thumb rule … ‘CONTENT’ has to be the ‘MAIN LEAD’ in any form of entertainment, be it the MOVIES or TELEVISION, and with a few recent pieces of work i came across on various web portals, i think i was right. I am glad that the audiences are coming off age and are widening their acceptance brackets. Now for the makers to GET UP & REALISE that it is the ‘CONTENT’ and the ‘TALENT OF THE ARTIST’ that BRINGS AUDIENCES and NOT the Actor’s ‘MEDIUM OF ORIGIN’ So all those ‘FILM MAKERS’ with “nahi yaar tv ka face hai” or “Tv wala actor nahi chahiye” kind of attitude, here are a few things you probably haven’t realised …. ? Today TELEVISION has a FAR WIDER reach as compared to your FILMS. ?A POPULAR TV ARTIST in todays time, on SOCIAL MEDIA PLATFORMS is MILES AHEAD than MOST FILM ACTORS (who think they are stars) and the NUMBER OF FOLLOWERS is PROOF TO THAT. ? FILMS are the ones that NEED the PROMOTIONS on TV thus proving that we market your product to a far bigger larger scale, so that takes care of “arre tv actor ko kitne log pehchante hai ?”. ? Not only PAN INDIA but INTERNATIONALLY TOO most of US TV ACTORS have LARGER FAN BASES than these NEW CROP OF FILM LEADS. ? The NUMBER OF SCENES spread over VARIOUS EMOTIONS that a TV ACTOR manages to GET PERFECTLY in A DAYS TIME is something that I’m sure Film Makers have no clue about. So there goes the, “tv actor hai, complex character kar payega ?” mental block flying out of the window. ? TODAY’s AUDIENCES watch TV or FILMS for ENTERTAINMENT, so if your ARTIST does JUSTICE TO THE CONTENT, you NEED NOT WORRY about THE FATE of the PROJECT. Lastly, what i FAIL TO UNDERSTAND is, that now when the AUDIENCES , who are a Producer or Director’s biggest concern have TARNISHED the DISCRIMINATION between TV & FILM actors and have Chosen ‘ENTERTAINMENT’ as their TOP PREFERENCE, Why do FILM MAKERS still have the same OLD SCHOOL THINKING when it come to CASTING ACTORS.

Way to go Karan. May few minds open up on reading this and see reality!!