Laksh and Suhani Dhanki took about 2 hours to get ready in the look. Siddharth Kumar Tewary’s magnum opus show Porus has got a tremendous response from the viewers.

Audience will see an interesting sequence wherein Porus will meet his father Bamni in disguise of a Yakshagana.

When Laksh (Playing Porus) and Suhani Dhanki (Lachi) were on the set in the disguise of Yakshagana no one was able to recognize them.

The sequence is such wherein Porus and Lachi will escape from Paurava Kingdom. But there are lots of guards around the kingdom. Porus will get an idea to escape the place. He along with Lachi will take the get up of Yakshagana (traditional form of dance) and will meet his father Bamni plays by actor Aditya Redij.

Father and son will come face to face but will Bamni recognize Porus or not that viewer will get to know. The sequence will go on for 3-4 episodes. The actors took about 2 hours to get ready in the look.

Talking about the sequence, Suhani said, “I love my profession because it allows me to explore so many different aspects of my own personality through various characters. I never dreamt that I would dress up like a Yakshagana dancer. I was a wonderful experience. It was exhausting and a big challenge but I am very happy that I got to play this role.” 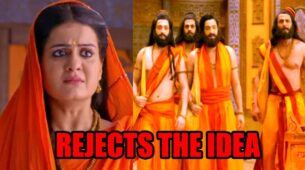 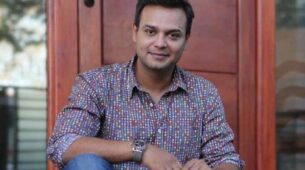