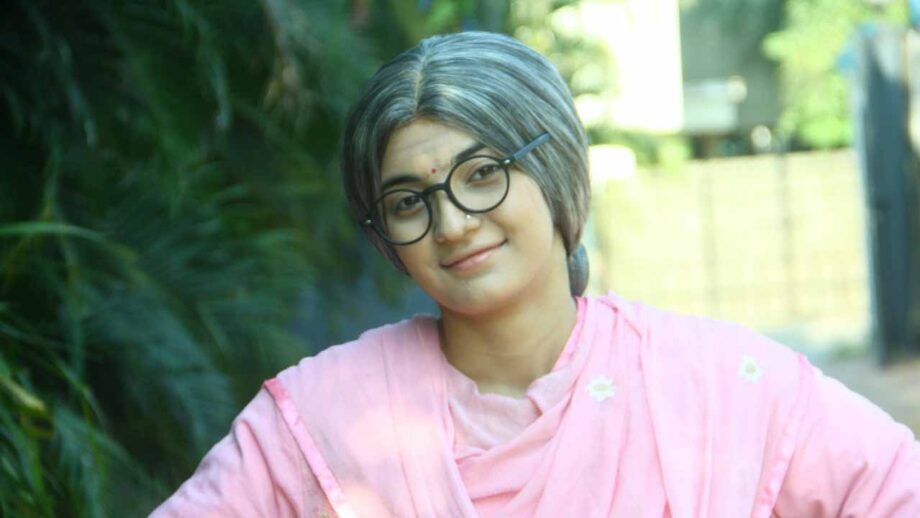 Zee TV’s popular fiction drama, Qurbaan Hua, has been consistently entertaining its audience with interesting twists and turns in the lives of Neel (Karan Jotwani) and Chahat (Pratibha Ranta). After Karan Jotwani parted ways with the show, the viewers are now enjoying a fresh chemistry between Pratibha Ranta and Rajveer Singh, who has stepped in his shoes to play the role of Neel. With major twists coming up, the viewers will get to witness their new favourite couple, #Neehat in a very different avatar unlike their usual look. Our dearest Chahat who has never failed to impress the viewers with her elegant saree clad appearance, has been experimenting with different looks on the show. After gracing an adorable cab drivers’ look for a nail biting sequence earlier on the show, Chahat is set to don the appearance of an old lady.

Experimenting with different looks is a part of an actors life. As easy as it may sound, a lot goes into creating a varied look for a character and it sure was no cake wake for our Chahat. From undergoing over 7-8 look tests for this one character to finally shooting for hours in that same look, looks like Pratibha had quite a tiring yet thrilling experience to share. Elaborating on her look, the talented actress Pratibha Ranta said, “We shot for a very interesting sequence where I had to don the look of an old lady in love with her partner. It was the first time that I wore a fat suit and even applied more make-up than usual. But the most challenging part was the day of the shoot as the weather was quite hot and the suit was heavily padded hence I felt the need to grab some cool air during every break. It was definitely exciting but I am glad we could pull it off.”

Well, we are loving #Neehat in this new look! The upcoming episode showcases Neel and Chahat visiting an Ashram in the pursuit of finding Chahat’s father, Dr. Baig. Finding in old couple residing instead, Chahat and Neel can’t help but imagine themselves resembling the couple, as they foresee a future of growing old together.